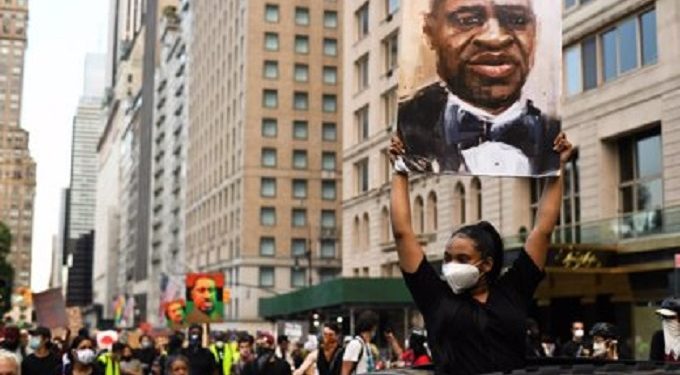 In the US House of Representatives voting on Wednesday evening, the amendment to the law restricting the right of law enforcement to “qualified immunity” and paving the way for the prosecution of the police in cases of disproportionate use of force was adopted.

The police reform, which was passed in the House of Representatives with 220 votes against 212 negative votes, must be passed by the Senate to become law.

The amendment was first adopted in the House of Representatives in the summer of 2020, but was returned from the US Senate.

Derek Chauvin, the police officer who killed George Floyd, will appear before the judge on 8 March.

Lance Gooden, the only Republican deputy to vote in the police reform vote, said he had “wrongly voted”.

I have arguably the most conservative/America First voting record in Congress!

Of course I wouldn’t support the radical left’s, Anti-Police Act.

I have changed the official record to reflect my opposition! pic.twitter.com/s7uCdlxvgO

“Of course I did not support the anti-police law of the radical left,” Gooden said on Twitter after the vote. used the expressions.

Derek Chauvin, a police officer in the city of Minneapolis, who left a black man with his knee pressed to the neck of George Floyd with breath and caused his death, was released on $ 1 million bail at his trial in November 2020 .

Chauvin, who is being tried for second and third degree murder and murder, has to attend court hearings between the conditions of his bail, not to have any direct or indirect contact with Floyd’s family, including on social media, to not work in policing or security related work, and at all. There are conditions such as not having a weapon of any kind.

The death of Geroge Floyd in police violence on May 25, 2020, triggered actions against racism and police violence in many countries of the world, especially in the USA, under the name of the ‘Black Lives Matters’ movement .

Spider-Man 3: Trailer Sets Record and Most Viewed of All Time

Marvel’s Ms. The First Trailer of the Marvel Series Has Arrived