Home Entertainment The US attorney believes that the behavior in the past greatly influenced... 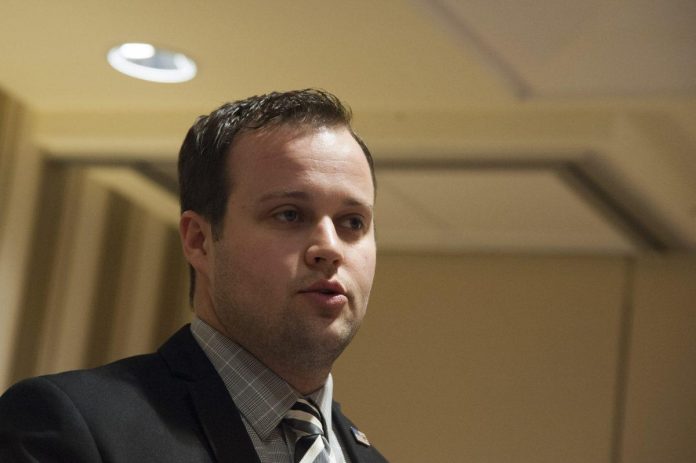 Before Josh Duggar’s trial began in November 2021, the defense and the prosecution argued over whether the prosecution could discuss his teenage behavior at trial. At a hearing just a day before the trial began, Judge Timothy L. Brooks ruled that the prosecution could openly discuss previous molestation charges. While it doesn’t seem to have had much of an impact on the conviction, U.S. Attorney Clay Fowlkes said he believes Josh’s past behavior did influence his sentence.

Bobi Holt testified about Josh Duggar’s sexual abuse of his sisters at his trial in December 2021.

In December 2021, Bobi Holt, a former friend of the Duggar family, testified about Josh Duggar’s previous sexual assault allegations. Holt told the judge and jury that she and her husband Jim Holt were approached by Jim Bob and Michelle Duggar in 2003 when they found out Josh had inappropriately touched his sisters. The Holt family was not seen at Josh Duggar’s sentencing.

According to Holt, Josh was in a relationship with her eldest daughter Kayleigh Holt at the time. The relationship ended immediately, although the Holts continued to give advice to the Duggars and Josh. The letter, which Kaylee wrote after she found out about the abuse, later fell into the hands of a family friend. The letter served as a catalyst for compiling a police report on domestic violence. Josh and his victims have never received professional counseling.

The defense has worked tirelessly to cover up any mention of Josh Duggar’s previous sexual assault. They lost the fight just a day before the trial. Although his previous actions were not factored into his conviction, U.S. Attorney Fowlkes said he believed the previous behavior was factored in when Judge Brooks handed down the sentence.

5 News broadcast a press conference immediately after the sentencing of Josh Duggar. During the press conference, Fowlkes said that, in his opinion, Josh’s previous behavior indicates abuse. He further said that the information was taken into account when passing sentence and the judge’s decision. He stated that although Judge Brooks did not sentence Josh to the recommended 20 years in prison, the prosecution was satisfied with the outcome of the sentencing hearing.

Josh Duggar’s defense said it plans to appeal the decision within 14 days, as required by law. Previous motions for acquittal and a motion for a new trial were rejected. An appeal in such cases is not uncommon.

The disgraced former reality TV star will have to take part in a sex offenders program while behind bars.

Josh Duggar’s sentence ended with the announcement that he will spend 12 and a half years behind bars for downloading and storing child pornography. By the time he gets out of prison, four of his seven children will be over the age of 18. His youngest daughter, Madison Lily Duggar, will be almost 13. She was born just a month before the start of Josh’s trial.

Josh will not sit and wait to get out of the federal detention center. Judge Brooks suggested that Josh participate in a program for sex offenders while behind bars. The prison recommended by the judge, FCI Seagoville, has a strong program for sex offenders. Fernando Rivas, a composer known for his work on Sesame Street, is currently serving a sentence for creating and sending child pornography to a detention center. FCI Seagoville is located in Texas, more than five hours away from the Duggar family residence in Springdale, Arkansas.

How to get help: If you or someone you know has been sexually assaulted, send a message HOME to the emergency service at 741741 to receive free and confidential support.

Mandalorian: the real name, background and future of baby Yoda