Home Celebrity The ups and downs of Billy Ray Cyrus and Tish Cyrus over... 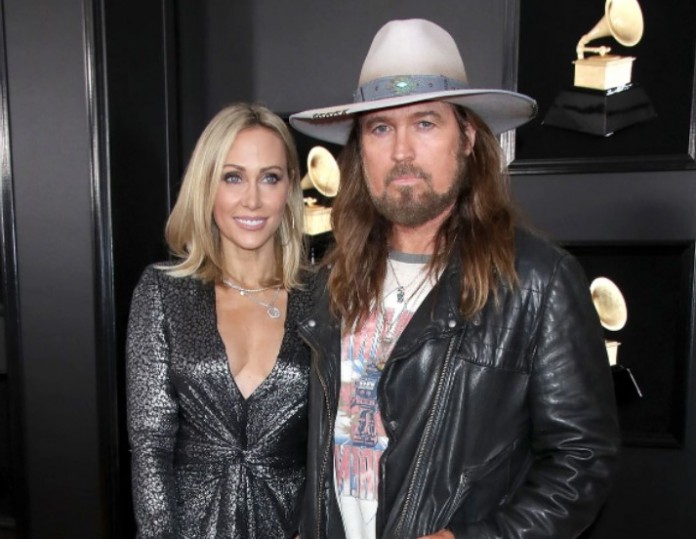 Billy Ray Cyrus and Tish Cyrus were married for almost 30 years before breaking up for the third time, but their relationship has always been full of ups and downs.

The “Achy Breaky Heart” singer met Tish shortly after his divorce in 1991 from his first wife Cindy Smith, whom he married in 1986. The Tennessee native became pregnant with her and Billy Ray’s first child, Miley Cyrus, in 1992. one problem — the country star was already expecting a child from Kristin Lucky.

Billy Ray and Kristin’s son, Christopher, arrived in April 1992, and Tish welcomed Miley in November of the same year. The Grammy winner had an affair with Tish, and in 1993 they got married. The Kentucky native also adopted Tish’s children from her first marriage: daughter Brandi Cyrus, born in May 1987, and son Trace Cyrus, born in February 1989.

After the wedding, Billy Ray and Tish welcomed son Brayson in 1994 and daughter Noah in 2000. However, as Miley grew to fame, the couple’s relationship became the object of more public attention than in the past. In November 2010, the former Nashville Star presenter filed for divorce amid rumors that his wife had cheated on him with Bret Michaels. (Poison’s frontman later denied these claims.)

Billy Ray and Tish eventually reconciled, but their problems didn’t end there. The co-host of the “Sorry We’re Stoned” podcast filed for divorce in June 2013, citing irreconcilable differences. However, a month later, the duo reconciled for the second time and canceled the breakup.

“Marriage is hard work. And I think a lot of people, going through hardships and hard times, give up too easily,” Tish said in the May 2017 edition of Bravo’s “The Daily Dish” podcast. “And I think any relationship—whether it’s marriage or family, it doesn’t matter—you really have to take care of them, nurture them and really work hard on the relationship. And it’s not always easy, especially in the business we do.”

In the same interview, the Brandiville executive producer said she was “proud” that she and her husband had weathered the storms in their marriage and emerged from it together. “We went through the materials publicly and made them work,” she said at the time. “And I’m so glad we did it, because our family is so strong and so wonderful. I was blessed.”

However, five years later, the couple again announced the dissolution of the marriage. In April 2022, Tish filed for divorce from Billy Ray for the second time, again citing “irreconcilable differences.” The actress said in court documents that she and the “Old Town Road” singer lived in separate houses and “did not live as husband and wife for a continuous period of more than two years.”

Keep scrolling to look back and see the ups and downs of Billy Ray and Tish over the years.

Billy Ray and Tish welcomed their first child together, Destiny Hope, better known as Miley. She became an independent star in 2006, when her series “Hannah Montana” premiered on the Disney channel.

The Some Give All singer and producer got married in their living room in Franklin, Tennessee. Billy Ray later said that his record company advised him not to do this because of his huge popularity among the female audience. “This train may derail, but I’m going to be a father,” he told ABC News in March 2004, discussing his decision to marry Tish. “I’m going to be a husband and I’m going to try to have something right in my life.”

The duo had their second child, Brayson. Like his older sister Miley, he is an actor and musician.

Billy Ray and Tish’s youngest child, Noah, was born in 2000. She also made a career in entertainment, receiving a nomination for the Grammy Award in 2021 in the category “Best New Artist”.

A month after Billy Ray filed for divorce, Michaels denied rumors that he was the reason for the couple’s breakup. “It’s someone stirring the pot. That’s not true. He respects the family and worked with Miley and Tish on a professional level,” a representative of the rocker told Page Six at the time.

Five months after filing for divorce, Billy Ray announced that he had stopped the proceedings. “I want to get my family back together,” he said during an appearance on The View at the time. “Everything is better than ever.”

What other projects has Brian Nickels been involved in?