Home Entertainment The update of the second season of Battlefield 2042 is a step... 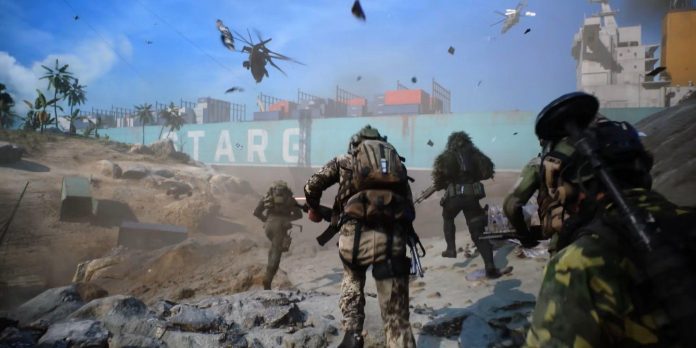 The gaming industry is no stranger to disappointments. As the gaming field continues to grow, more and more expectations are being placed on future games, and while this may mean that a good game is now receiving well-deserved praise, it also means that any video game that doesn’t quite achieve the goal has often been harshly criticized. Battlefield 2042 is one of the most recent examples of this, released in an unfinished state and disappointing to both longtime fans and newcomers. But the recently released second season of Battlefield 2042 may have started to change things.

When Battlefield 2042 was released in November 2021, it was destroyed by many who played it. The lack of maps, weapons and an overly ambitious approach to the scale of the game meant the instant death of Battlefield 2042, a title that deliberately referred to the glory days of the franchise in an attempt to restore the series to its former form. For a while, it seemed that EA had abandoned Battlefield 2042, releasing only a few disappointing updates. But just a few weeks ago, Battlefield 2042 received a second season update that added a lot of new content and was a big step forward for the game.

The second season of Battlefield 2042 is a step forward

Although many believe that the damage has already been done, this has not stopped EA and Dice from trying to breathe life into Battlefield 2042. The last season of Battlefield 2042, called Master of Arms, was released at the end of August and begins to fix everything, bringing a number of new, significant changes and additions to the game.

The first big addition that appeared in Battlefield 2042 in the Season 2 update was a new map. In this new map called Stranded, players fought in Panama, where a nearby lake dried up due to drought and a cargo ship washed ashore. While the area around the ship is quite open, mimicking the rest of the Battlefield 2042 maps, the central point of the map, the ship itself, is designed with close combat in mind. Since the game’s release, fans have been desperate for new melee maps, and the appearance of Stranded shows that Dice is listening.

Season 2 also brought an updated version of the “Update” map to the game. In the update of the first season of Battlefield 2042, the Kaleidoscope map has been significantly redesigned; new areas have been added, capture points have been moved, and more shelters have been added to try to discourage entire teams from going all-in against snipers. The update underwent a similar overhaul in the second season: the capture point E was completely removed, more shelters were added to the map area with solar panels, and the surrounding terrain was changed to hide the lines of view of the map. Again, these are all the changes that fans have been asking for since day one.

Along with some new vehicles, new weapons, and a host of new cosmetics, Battlefield 2042 Season 2 has also added a brand new Specialist to the game. This new specialist named Charlie Crawford belongs to a newly defined support class and can create a stationary volcano minigun turret anywhere on the map. Crawford’s passive ability allows him to restock teammates when he revives them. All these changes and additions show that Dice is still focused on making Battlefield 2042 a good part of the franchise, and this paves the way for future updates to continue to provide what fans really want. Fans don’t need seasonal skins or other unfinished cosmetics designed solely to entice money from them; they want significant changes and updates that complement the game in a meaningful way, as it was in the second season.

Yellowstone: The 2 Actors From The 1883 Prequel Who Are Married...