Home Entertainment The upcoming South Park game should balance the presentation of the epochs... 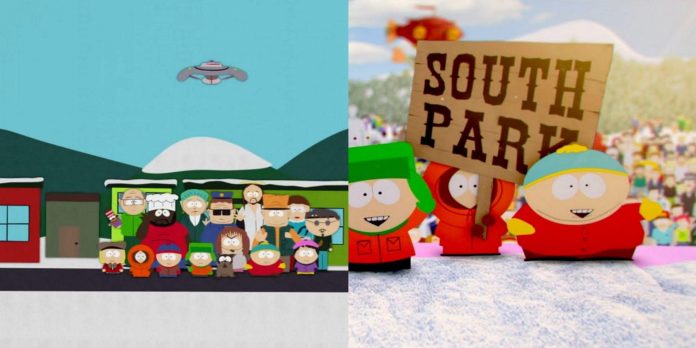 Having recently celebrated its 25th anniversary, “South Park” is on its way to becoming the second longest-running American animated series, and only “The Simpsons” will surpass it in its game. Along with a concert where some of the show’s most iconic songs were performed, the announcement of a new game based on the series was announced for the 25th anniversary. Although literally nothing is known about the game, from its visual effects and concept to even its name and release date, this did not prevent fans from immediately starting to develop theories about the content of the game. Some even suspect that this upcoming game is rumored to be a South Park-style multiplayer game with 3D graphics.

While the details surrounding this upcoming South Park game remain to be seen, it will likely attempt to meet the standards set by the duology of role-playing games, The Stick of Truth and The Fractured but Whole. Obviously, one of the advantages of both games is the huge number of characters, locations and references from the entire series that were squeezed into them. At the same time, some of these references, especially in The Fractured but Whole, relied heavily on modern continuity, potentially deterring fans of old episodes. To remedy that, this upcoming game should aim to present the show’s multiple eras in a balanced way.

How to identify different eras of South Park

The evolution of South Park, which had been going on for so long, was inevitable. Animation has improved, and the show has also shifted its focus from vulgarity to social satire in order to stay fresh after several seasons. The supporting cast changed and expanded: Butters Stotch and Randy Marsh sometimes had more screen time than the four main boys. The show experimented with various storytelling techniques, even adopting a serial approach. Compare the episode of the 20th season with any classic, when the popularity of the series was at its peak, and you will see that the difference is astronomical.

Unlike their contemporaries, such as The Simpsons, the showrunners cannot define the eras of South Park due to the close involvement of Trey Parker and Matt Stone in the franchise since its inception. Despite this, it’s easy to tell when the series is starting to move from one era to another. The first definitive era is a “classic” and is mostly known as the first three seasons and the movie “Bigger, Longer and Uncut”. This era represents a time when South Park was a controversial cultural phenomenon that many critics dismissed as a fad. Cartman had a hoarser voice and a lot of catch phrases, Kenny died in every episode, Stan vomited whenever Wendy was around, and Mr. Garrison had a puppet named Mr. Hat. Most of the minor characters of that era, such as the Chief, Officer Barbredi, Pip, Jesus and Dr. Mefesto, are now relegated to the background or killed.

The second era of South Park is an intermediate stage between retro seasons and the modern identity of the show. There are no official terms for this part of the series’ history, and fans haven’t come up with anything, but these seasons are easy to identify. Cartman became a deeper voice and became more and more psychotic. Kyle and Stan’s personalities diverged, and Kenny almost died forever. The old supporting cast was gradually replaced by other former minor and minor characters.

These include the aforementioned Randy and Butters, as well as an expanded group of boys’ friends, in which characters such as Craig, Tolkien, Clyde, Tweek and Jimmy get more screen time. Animation and art are closer to modern times of the year, and the show has taken its cheeky satirical side without sacrificing its absurdism and blue comedy. Seasons 4 and 5 are considered the beginning of this era, and season 9 is considered the end, as it is the last season in which there are any traces of retro South Park.

It is believed that the modern identity of South Park originated in the tenth season, which begins with the infamous episode that killed the Chief. Visually and tonally, the episode of the 10th season is almost indistinguishable from the series that is being filmed today. The characteristic that still persists today is carved in stone. New character designs for adults and animals tend to be more realistic, and the show sometimes moves into drama territory. At the moment, the only way to pinpoint the episode’s air date is to recognize the targets for satire. Although some things have changed over time, such as the introduction of PC Principal, Tweek and Craig became a couple, and Randy founded Tegridy Farms, the tone of the show and the approach to storytelling and comedy have remained unchanged for over 15 years.