Home Entertainment The Upcoming One Piece Movie Should Break the Rules of the Anime... 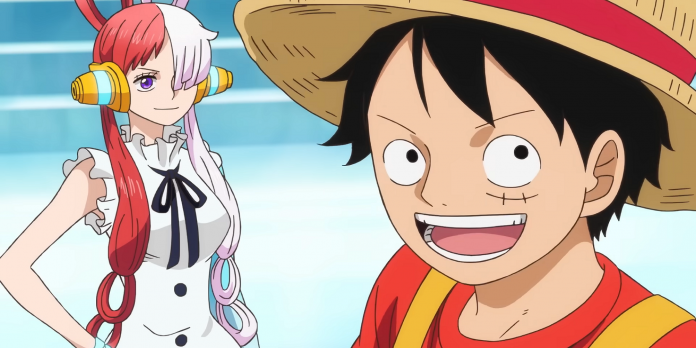 There’s a new One Piece movie on the horizon called One Piece Film: Red, and with the upcoming One Piece Netflix series in mind, Red has to break the biggest rule of anime about what is canon and what isn’t. There aren’t many details about One Piece from Netflix at the moment, but what is known about it gives a good idea of what will be covered in the first season. The nature of Red as an anime film makes it unlikely that he will be included in the show, but judging by what happens in the film, this needs to change.

The general rule of thumb when it comes to anime adapted from manga is that anything that isn’t in the original manga is non-canonical filler. Naturally, anime films, which are usually just very long episodes, almost always fall into this category, with the exception of rare examples such as The Last: Naruto the Movie, which served as the canonical epilogue to Naruto, and the films My Hero Academia, which, according to the author, are all canon. However, One Piece films are more typical of non-canonical anime films; Shiki and Daft Green from Strong World are canonical, as is the writing of Laugh Tale from Stampede, but the real events of these films are clearly not. Because of this, it is unlikely that the film or any fillers in general will be included in the upcoming Netflix series, as they will probably try to get as close to the canon as possible.

At the same time, it would undoubtedly benefit One Piece from Netflix if One Piece Film: Red broke this trend and became the canon of history. This is due to the fact that One Piece Film: Red will focus on a new character named Uta, who is not only Shanks’ daughter, but also Luffy’s childhood friend. Red hasn’t been released yet, but Uta has undoubtedly had a significant impact on both characters, so creating a movie canon could be an easy way to further develop the characters of Luffy and Shanks for a live action series.

One Piece Film: Red, which has become a canon, can also open the floodgates for other filler materials that will be included both in a series of live performances and in the general canon. The G-8 arc, for example, is highly appreciated by people for how cute the new characters are and how different it is from the typical One Piece story arc. As for the films, “Baron Omatsuri and the Secret Island” directed by Mamoru Hosoda from Belle perfectly cope with the task of creating the idea that Luffy is losing all his friends, and “Strong World”, “Z” and “Stampede” give a lot of valuable world-building. with their stories. A lot of filler stories can add a lot to a Netflix series by becoming a canon, and Red’s canonization can give an impetus to this.

Anime films tend not to be canonical in relation to the stories they are based on, but Netflix’s One Piece series would greatly benefit from the upcoming One Piece Film: Red contradicting this trend. Uta being Shanks’ daughter and Luffy’s childhood friend means she’s likely to be a source of great character development for both of them, and that canonicity could end up adding a lot of material to use in the show, in addition to justifying the inclusion of other One Piece fillers in the series. It’s impossible to know which direction the upcoming Netflix One Piece series will take, but something like this would certainly be a great start.