Home Entertainment The unlocked OnePlus Nord N20 5G is now available, but it will... 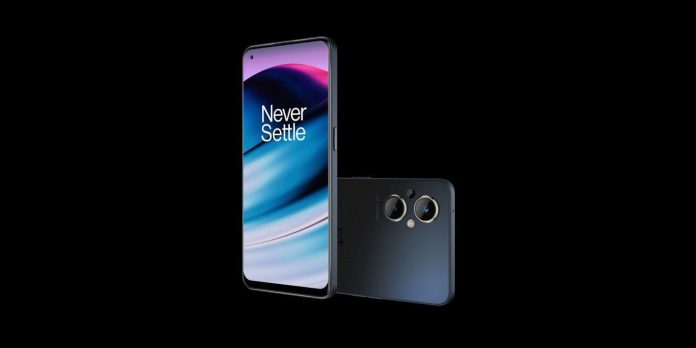 The OnePlus Nord N20 5G can now be purchased unlocked after months of exclusivity for T-Mobile and Metro from T-Mobile. The Nord N20 is a mid—range phone with 5G support at a price of less than $300, which received positive reviews after entering the US market. However, it was not without competition. TCL Stylus 5G is a close rival, it is cheaper and comes with a stylus included.

Samsung also has a phone in this price segment in the form of the Galaxy A13 5G, which is cheaper than the Nord N20 5G and also outperforms it in some areas. HMD Global is also in the race with its Nokia X100, which does not match OnePlus in several ways, but is cheaper. However, OnePlus has established itself in the mid-range segment, and this is where the Nord N20 5G has an advantage.

About two months after it went on sale in the U.S. through T-Mobile and its MVNO, Metro by T-Mobile, the Nord N20 5G is now available as an unlocked device on the manufacturer’s website. The surprising thing is that, despite the fact that the characteristics are the same as the carrier-linked version, OnePlus charges a higher fee for the unlocked version. The T-Mobile phone variant sells for $282, and the unlocked model is available for $299, which is a $17 mark-up. A likely explanation for this price is that T-Mobile subsidized the phone for those who bought it through its network. This means that the initial price of the phone is actually $299.

The Nord N20 5G is also available unlocked in Canada

The Nord N20 5G is not only available in the US, but is also listed on the Canadian website, where it sells for 379 Canadian dollars. In addition, OnePlus also offers a 20 percent discount on Nord Buds if they are purchased together with the Nord N20 5G. Headphones usually cost US$ 39 /CAD$49, and those who took advantage of the discount can get them for US$ 31.78/CAD$39.2.

The Nord N20 5G is equipped with a 6.43-inch AMOLED display with a resolution of 2400 x 1080 pixels. It has a standard 60 Hz refresh rate and a cutout for a 16-megapixel camera. The Snapdragon 695 processor is under the hood along with 6 GB of RAM and 128 GB of memory, which can be expanded thanks to the microSD memory card slot. The maximum supported capacity is 512 GB, which should be enough for most users. The phone has a triple camera on the back, which includes a 64-megapixel main camera, a 2-megapixel macro camera and a 2-megapixel monochrome camera. Looking at the configuration, it would not be an exaggeration to say that there is only one useful camera on the back panel.

OnePlus has equipped the phone with a fingerprint scanner under the display, and also added face unlock, although the first one will provide more reliable protection. Inside the phone there is a battery with a capacity of 4500 mAh, which is charged at 33 watts. Unlike Samsung, whose mid-range Galaxy A53 5G doesn’t come with a charger included, OnePlus supplies the Nord N20 with a 33W power adapter and a USB-C cable. Other features of the Nord N20 include NFC, dual-band Wi-Fi, Bluetooth 5.1, audio jack and support for Wi-Fi networks with a frequency of less than 6 GHz. The OnePlus Nord N20 5G comes with Android 11 and should get an upgrade to Android 12.

Vampire Survivors Codes and How to use them