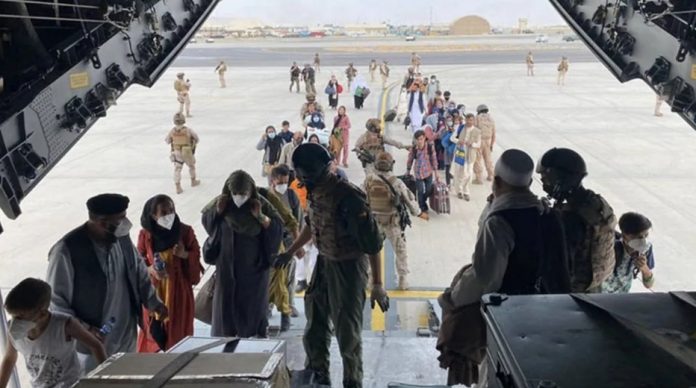 So they were on alert for more attacks on Friday, after an attack by the Islamic State (EL) that killed 92 people outside the Kabul airport. It is worth mentioning that what happened last Thursday, thousands of people had gathered to try to enter the airport.

Afghans have tried to flee from the Taliban regime because we share with you about Joe Biden’s warning to the Kabul attackers; The president of the United States promised to retaliate after the attack that took place last Thursday.

The US is on alert for possible El attacks in Kabul

It is worth mentioning that the Taliban took control of Kabul on August 15, so US and allied forces have rushed to complete evacuations of citizens to withdraw from Afghanistan before the August 31 deadline that established Biden.

The UK said it is in the final stages, while the US will keep pulling people out until Tuesday. While El, an enemy of the Taliban and the West, indicated that one of his suicide bombers was targeting translators and collaborators with the United States Army.

On Friday the Pentagon confirmed that the attack was perpetrated by a suicide bombing, as the attack highlights the political scene in Afghanistan. And it is that the number of dead Afghans rose to 79, this was announced by a hospital official to Reuters on Friday.

Among those killed were 28 Taliban, although a spokesman later denied that any of their fighters had died. During the attack, it was unclear whether El gunmen were involved in Kabul or whether the shooting followed the blast. While the Kabul Emergency Hospital worked to help the injured.

Evacuation before the Taliban regime

Some witnesses mentioned that Taliban guards blocked access to the airport on Friday. While another 12,500 people were evacuated from Afghanistan last Thursday, making the total of 105 thousand extracted by air abroad by the forces of Western countries.

For its part, France had talks with the Taliban in Kabul and Doha to facilitate the evacuation. The United States will continue despite the threat of further attacks, with about 1,000 US citizens left in the country. Those with a US passport managed to enter the airport complex.

UNHCR said on Friday that up to half a million Afghans could have fled the country by the end of the year, while the UN refugee agency called on neighboring countries to keep their borders open, while the United States is on alert for possible attacks. of the El in Kabul.