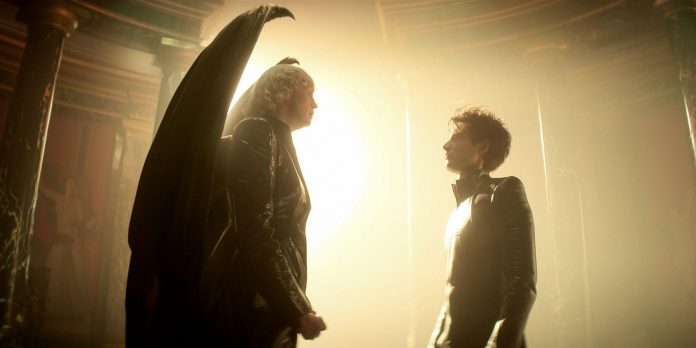 Netflix is being rebuffed by its creative solutions from all sides, and every success seems to be a new minefield for the once powerful streaming service. With “The Sandman,” a hugely popular new comic book adaptation, hanging by a thread, Netflix’s analytics have been questioned by fans and critics alike.

“The Sandman” has long been considered unsuitable for a film adaptation, but the recently released film adaptation is almost universally loved by both long-time fans and newcomers. Its first season received rave reviews and prompted immediate calls for a sequel. Unfortunately, the author of the source material, Neil Gaiman, raised the question that the series could end in just one season.

Netflix analytics is a difficult game. They are not always ready to name the numbers, and the ones they publish, as a rule, tell only part of the story. Judging by the figures that fans have access to, more than 69 million hours have watched The Sandman in the first six days. The show doubled that impressive number and racked up 127 million hours of views in its first full week. It became the number one show on the service in English-speaking territories and remained in the top 10 for several weeks. To an uninformed observer, this would sound like an outstanding success and would serve as the basis for the production of the second season. Unfortunately, everything is not so simple, and more complex elements of the analytical structure of the streaming service call into question the future of the series.

According to Neil Gaiman, Netflix is not ready to give the green light to the second season for anything that does not meet the incredibly unattainable standards of success. These standards not only require a lot of people to watch the show, but also measure when and how people watch. Netflix prioritizes binge-watching to an almost unfair degree. Long series and movies viewed in one sitting will receive the most positive reviews from the streaming service. Fans who watched one or two episodes of “Sandman” a day and finished it in a week did not provide as much help as those who flooded it on the first night. Netflix requires immediate overwhelming success, the service will not sit idly by and wait for a series with a slow recording to become a favorite. This short-sighted obsession with momentary success to the detriment of any other indicator leads to the untimely death of tons of good shows, despite the huge number of fans.

“The Sandman” is an expensive series. It’s a big comic book adaptation with huge visuals, lots of visuals and a massive cast. Netflix will use any excuse to take down this show, and everything but a huge success will be considered a failure. Streaming services nowadays live or die thanks to their original programs. A strong library of classic movies and TV shows is important, but that’s not what makes most people sign up. It turns every show for Netflix into an adventure. They should have great original content to attract fans, but if this show doesn’t immediately compete with something like “Very Strange Things”, the streamer will lose interest. Conversely, Netflix began to be criticized a lot for canceling the show. There’s no quicker way to lose fans than to cancel someone’s favorite show. Netflix is in a quandary, and that doesn’t bode well for a show like “The Sandman.”

“The Sandman” almost immediately became a hit. His fans were looking forward to him, and after his release he was well received. If “The Sandman” had been released in theaters and received the same reception, it could have been considered a huge success. Unfortunately, the purpose of the series on the streaming platform is radically different from what it would be on the big screen. Netflix needs to increase its subscribers, and the proud announcement of an adaptation of one of the most popular comics ever written will attract some fans. However, the second season is a completely different beast. Netflix already has this title on its service, and an increase in its number is unlikely to lead to the subscription of a new stream of viewers. Canceling the show may cause many fans to abandon the service, but the streaming service has made it clear that this is a risk they are willing to take. With that in mind, fans will be wondering if they’ll see their beloved immortals act out the rest of their stories.

The Sandman has a pretty clear strategy for moving forward. The first season adapted the first two arcs of the comic book series, the following seasons will undoubtedly continue this trend. Fans have already wondered how they will complete their favorite narrative in three seasons, but if they only get one, they will want more. Netflix will be receiving constant demands from fans not only for “The Sandman,” but also for countless other series it is threatening to cancel. The tools that Netflix uses to measure success have led to the disappearance of tons of great content and could mean the end of the service as a whole.