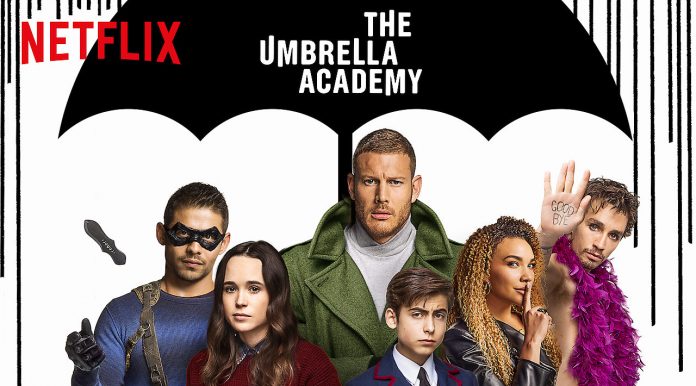 Netflix Geeked Week event continues unabated. At the event, where new productions were announced, new information about the new season of a series loved by fans emerged. The first information about the third season of Netflix original production The Umbrella Academy was shared at the event. The screenwriter of the series, Steve Blackman, announced for the first time the names of the episodes that will take place in the third season.

Netflix continues to wreak havoc in the world of cinema and TV series with the Geeked Week event it organized for the first time. We can say that we will get enough of Netflix content with the event that started on June 7 and will last for five days. In the event, where new productions are announced, the first information about many follow-up projects is revealed.

The Umbrella Academy series, which was screened in 2019 and was highly acclaimed, took its place among the productions that showed itself at the event. The first information about the 3rd season of the production, which is an adaptation of the Eisner award-winning comic book, has also emerged. Screenwriter Steve Blackman officially announced the start of filming at the event. The release date of the production, which stars Elliot Page, Tom Hopper and David Castañeda, has not been determined exactly.

Before the third season of the highly anticipated series, Steve Blackman also surprised the fans. The famous screenwriter officially announced the names of the third season episodes of the series. The third season of the series consists of 10 episodes in total, just like the first two seasons. However, it should be noted that the names of the episodes of the series are quite remarkable. Especially with the end of the 2nd season, it is a matter of curiosity what the production will offer in the 3rd season, which leaves big question marks in the minds. You can follow the Netflix Geeked Week event, which will last until June 11, on YouTube.

Here are the episode names of The Umbrella Academy season 3!

Have the Young Avengers found their new Thor?

The best heroes of Overwatch 2 for beginners