Home Entertainment The Umbrella Academy Dates Its Long-Awaited Season 3 With A New Teaser... 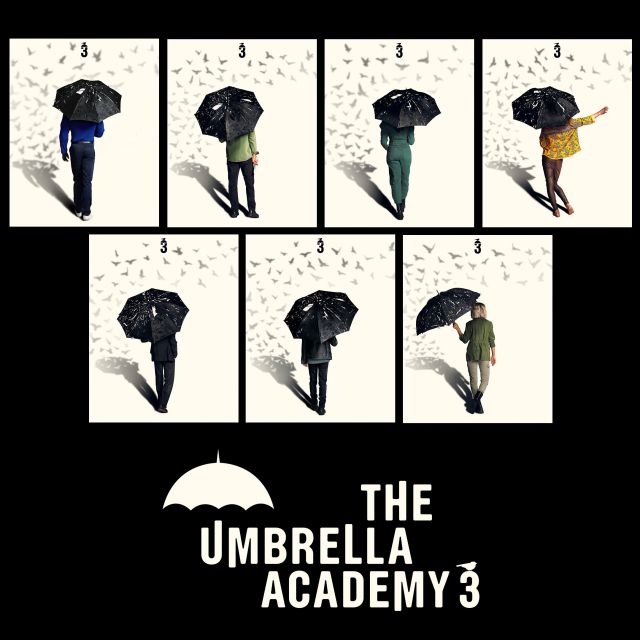 The Umbrella Academy: Almost two years after the tremendous end of the second season, the popular Netflix series returns with the entry of a new Hargreeves family. The Umbrella Academy, the popular Netflix superhero series based on the homonymous comics, already has a release date for its long-awaited season 3. Thus, and practically two years after the end of the tremendous and surprising end of the second season, Netflix has confirmed that the new episodes will be available on the streaming platform on June 22, 2022, all through a short teaser trailer lasting just a few seconds that you can see on these lines and that show us a little more than what the episodes seem. first moments of the new season, with the entrance of a new Hargreeves family.

Thus, and after the outcome of the previous season -and as fans of the series will already know-, a new Hargreeves family entered the scene whose members are played by Justin Cornwell, Britne Oldford, Jake Epstein, Genesis Rodriguez and Cazzie David. Before them, and as this first teaser shows, are the members we all know and their respective interpreters with Elliot Page, Tom Hopper, David Castañeda, Emmy Raver-Lampman, Robert Sheehan, Aidan Gallagher and Justin H. Min. From then, the clash between both groups seems imminent.

Waiting to enjoy the full preview of this third season of The Umbrella Academy, we can already see these first seconds with unpublished footage that will surely continue betting on the action and the craziest plots in favor of a unique visual style. Its showrunner Steve Blackman has a lot to say about it, who has already taken his own path with respect to comics to offer a spectacular on-screen that is already a hallmark of one of the most successful Netflix products today.

The third season of The Umbrella Academy arrives on Netflix on June 22, 2022. We leave you with the new posters of the series.

Midnight Mass: Everything You Need To Know About The New Netflix...