Home Entertainment The UK authorities are concerned about the possible consequences of Microsoft’s acquisition... 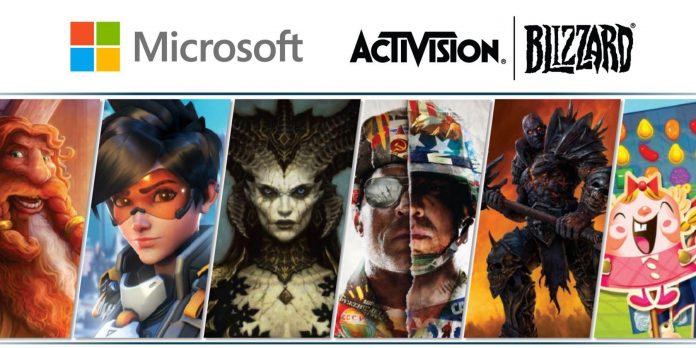 Microsoft announced the acquisition of Activision Blizzard in January. However, the deal has not escaped regulatory scrutiny: the FTC is investigating the company for insider trading. There were also questions about whether the regulatory agency could block the acquisition under U.S. antitrust law.

US regulators are not the only ones unhappy with Microsoft’s massive buyout of Activision Blizzard. The UK Competition and Markets Authority recently ruled that the merger could have serious implications for market competition in the United Kingdom. This could pose a serious risk to the Microsoft and Activision Blizzard deal if both companies fail to convince the CMA that these concerns are unfounded.

The CMA’s ruling of September 1 warned that the merger “could lead to a significant reduction in competition in the market or markets in the United Kingdom.” The agency expressed concern that the deal could lead Microsoft to “suspend or degrade the quality” of Activision Blizzard content on platforms other than Microsoft. The agency also warned that Microsoft’s exclusive ownership of Activision Blizzard could give its cloud gaming service too much of an advantage over competitors and allow Xbox to oust competitors from the market.

British regulators have also expressed concern about Microsoft’s control over Activision Blizzard franchises such as Call of Duty, Candy Crush and World of Warcraft. The CMA believes that Microsoft can keep these games away from competing platforms such as PlayStation, depriving competitors such as Sony of a significant share of the gaming market. This, the CMA ruled, would prevent Sony and other companies from “competing”, which would eliminate “healthy competition” from the UK gaming market. The CMA came to such conclusions after collecting thousands of internal documents and data from Microsoft and Activision.

The UK regulator is likely to require Microsoft and Activision Blizzard to conduct a more thorough investigation. However, Microsoft and Activision Blizzard can avoid this by presenting substantial evidence to the CMA that the merger will not have a serious impact on competition in the UK gaming market. However, the companies only have until September 8 to state their position.

“We are ready to work with the CMA on the next steps and solve any of its problems,” said Microsoft President and vice chairman Brad Smith. He also stated that Microsoft will work with the CMA to solve the agency’s problems, and confirmed Microsoft’s commitment to release Call of Duty on PlayStation on the same day as Xbox. “We want people to have more access to games,” Smith said, “not less.”

Meanwhile, Blizzard’s controversial CEO Bobby Kotick is confident that the merger will continue as planned. The company recently sent a letter to employees in which Kotick said he expected the deal to be concluded before the end of Microsoft’s current fiscal year on June 30, 2023. He also noted that the merger has already received regulatory approval in other countries and that the acquisition of Microsoft is ongoing. at the expected rate.