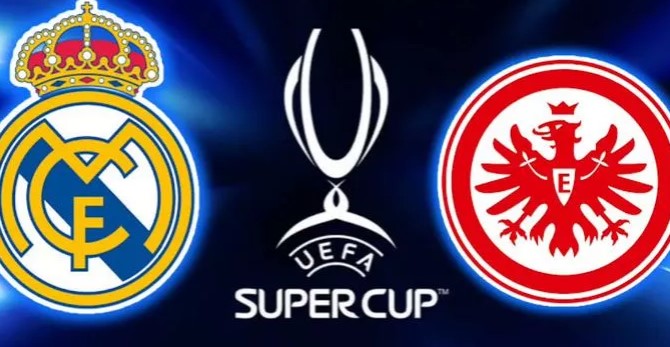 1′ Michael Oliver, the referee of the match, blew the first whistle, the match started.

14′ The first serious attack in the match came from Frankfurt! Kamada suddenly collided with goalkeeper Courtois, but the Belgian goalkeeper did not miss the goal with his ineffective shot.

17′ In a quick attack by Real Madrid from the right flank, Benzema met the ball in the penalty area, gave it to Vinicius on the left, Vinicius punched the inside of his foot into the right corner, while the ball passed the goalkeeper Trapp, Tuta slid right in front of the line.

What channel is Real Madrid vs Eintracht Frankfurt on and what time is it now?

In the match, which starts at 22:00 at the Helsinki Olympic Stadium in the capital of Finland, an experienced referee Michael Oliver from the English Football Federation will blow the whistle. The score and details of the match, which will be broadcast live on TV.

The teams will play the final in Europe again after 62 years. Earlier, when the two teams met in the 1959-60 Champions Cup final, Real Madrid won the field with a score of 7-3 and took the trophy to their museum for the 5th time in a row.