Home Entertainment The TV series Twisted Metal has completed the filming of the first... 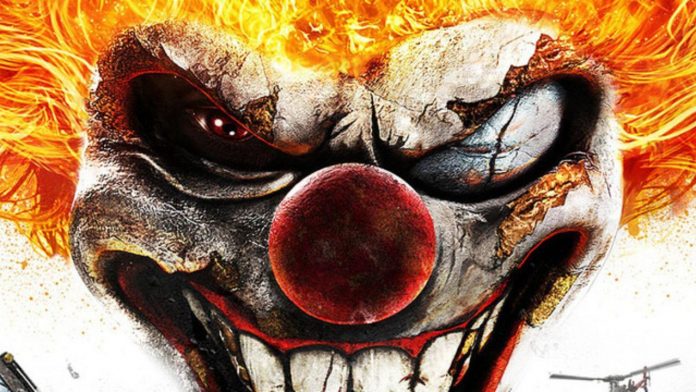 The Peacock Twisted Metal series has officially finished filming its first season, and the team celebrated by eating ice cream, which was distributed from the back of a Sweet Tooth truck.

This news was shared by Twisted Metal showrunner Michael Jonathan Smith, who also wrote a few words and included an image of a Twisted Metal ice sculpture to mark the occasion.

This is the end of the first season!

“This is the conclusion of the first season,” Smith wrote. “The cast and crew of Twisted Metal were something special. Even with lightning delays, extreme heat, and machines that didn’t work as they were told, everyone worked their hardest to make sure Twisted Metal kicked as much as possible. .

“The last day of filming was like the last day in camp: a lot of laughter, a few tears and ice cream, which was distributed in the back of a truck by Sweet Tooth. We all can’t wait for you to see this madness we’ve spent our lives on. summer shooting. Now to the post!”

The Twisted Metal series was announced in May 2019, and it was later revealed that Anthony Mackie would star in the video game adaptation as a post-apocalyptic outsider suffering from amnesia, tasked with delivering a mysterious package across the wasteland.

Twisted Metal: the cast of the series with live actors

Since then, Will Arnett has joined the cast as the voice of the Sweet Tooth along with Neve Campbell’s Raven, Stephanie Beatrice’s Silent, Thomas Hayden Church’s Agent Stone, and Eric Andre’s Show director Kitao Sakurai.

Although nothing has been confirmed, there have been reports that a revival of Twisted Metal may also be in development with its own PlayStation FireSprite studio. For those who don’t know, FireSprite is currently developing the game Horizon Call of the Mountain for PlayStation VR 2.

The Duffer brothers say We should all expect the Season 4...