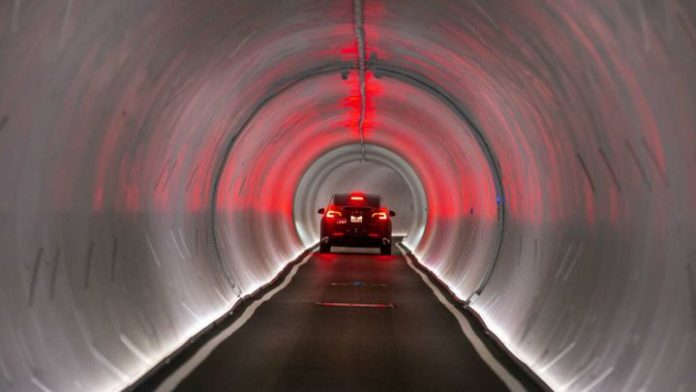 Las Vegas, a neon paradise emerged in the middle of the North American desert, has it all, but everything. And if at 3 in the morning you need 50 kilos of bubble gum, you will surely find it. So imagine this: You arrive at the Las Vegas airport, and you need to go to the Strip, the stadium or the Convention Center, but you do not feel like eating the heavy traffic of the city.

Well, very easy: you go under the city in a specially built tunnel and also in a Tesla brand car … Rich whims? Yes, but soon a reality within the reach of many more people, since that will pass. That’s what The Boring Company, the company owned by Elon Musk, is going to do.

The following is an excerpt of what can be read on the website of The Boring Company – yes, the same one that launched the cheap, portable flamethrower to everyone:

“To solve the problem of soul-destroying traffic, roads must go in 3D, which means flying cars or tunnels are needed. Unlike flying cars, tunnels are weather resistant, out of sight, and won’t fall on your head.

The tunnels minimize the use of valuable surface land and do not conflict with existing transportation systems. A large network of tunnels can alleviate congestion in any city; no matter how big a city is, more levels of tunnels can be added ”.