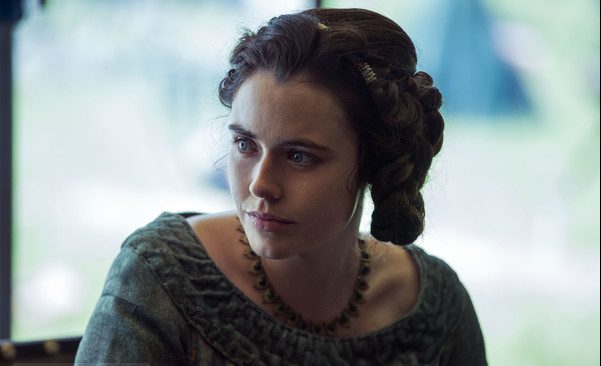 Vikings delivered in Amazo Prime Video, the second part of its sixth season to the fans, leaving for posterity intense scenes, memorable characters and spectacular battles.

One of those characters was the unforgettable Judith (Jennie Jacques), the lover of the monk Athelstan, who on several occasions served as an interpreter so that the Vikings led by Rangnar Lothbrok could communicate with the English.

At the time of her romance with Athelstan, Judith was married to Aethelwulf, son of the King of Wessex, Ecbert, who subjected her to unimaginable torture after she became pregnant with the former monk.

Just on the day of delivery, from her in Vikings Judith is sentenced to lose her ears and her nose for having committed adultery, but she must first confess who the father of her child is.

When she refuses to confess the name of the man she committed adultery with, her right ear is cut off which finally makes her speak.

Fans of hers will wonder why she only cut off one ear of hers when the original plan was so much more ghoulish. What happened is that the King of Wessex decided not to blame the woman for committing adultery with a religious.

Ecbert ended up advocating for her before her son, considering that it was inevitable that a woman would be attracted to a man of God.