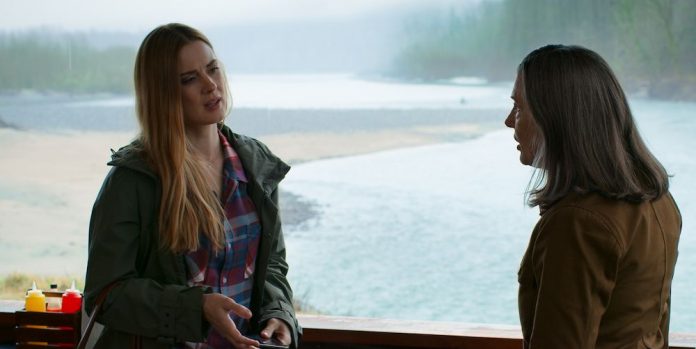 The relationship between Doc and Hope at Virgin River has been turbulent over the course of the two seasons, but by the end of season two, things were looking up. The couple had been separated, but not divorced, for more than 20 years.

They had decided to make things even bigger and better the second time around and were planning a special reception at Virgin River. Her close friends in town had planned a surprise engagement party for them.

When Hope was about to discover the surprise at Virgin River, Doc told her that she had important news from another health consultant. Before she had time to tell him what was wrong, her friends jumped in and surprised them, ready to congratulate the couple.

Virgin River fans believe that Doc received a shock diagnosis, which could mean that the wedding plans are suspended or canceled entirely. It could be some kind of condition, and many believe that Doc’s eyesight is failing him.

He has made several comments in the past that his eyes no longer serve him well, so he needed a new assistant at Virgin River. Others have suggested that he may have a brain tumor, which could lead to loss of sight.

Despite being a doctor, he had displayed some antagonistic traits at the beginning of the Virgin River series, as he showed resentment towards the new nurse, Mel Monroe (Alexandra Breckenridge).

She and Doc were in the process of finding a venue for their wedding reception at the end of Virgin River’s second season, but by the next season, her priorities will have changed.

See Also
Where do Charmaine Roberts children really come from?

Sadly, it is too early to have an idea of ​​what may happen in Virgin River’s third season, but her wedding plans may become irrelevant.

(G)I-DLE unleashes theories with the ‘Oh my god’ teaser