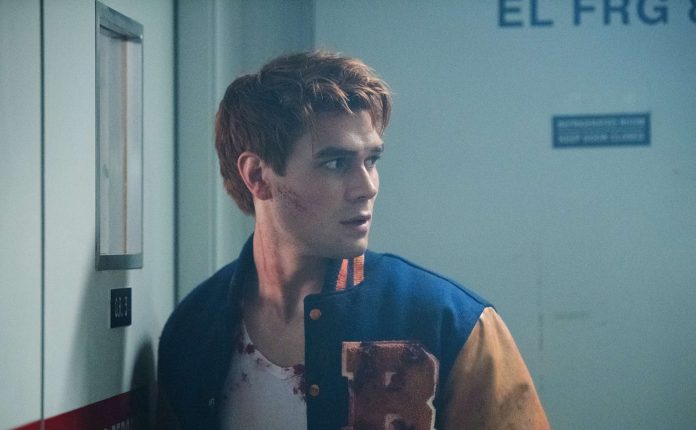 Riverdale knows how to generate emotional moments and the last episode was no different as Archie flipped over in pain and anger, leading to a heartbreaking moment in front of Fred Andrews’ grave.

There were some important moments in “Chapter Seventy-Eight: The Tasteful Murders.” Not only were there more murders and violence, but we also learned the truth about the mysterious perpetrator who has been terrorizing Riverdale.

We got to see Charles (Hart Denton) reveal the truth about him as Betty (Lili Reinhart) confronted him. Likewise, the Blossom family is almost down because they are losing everything.

But none of that compares to the spiral that Archie (KJ Apa) went through, from getting really violent and punching the television in front of his mother to punching his uncle in the face, Archie was in a very bad place in this episode and all things considered. what it has lived through, it makes sense that it will eventually break in some small or large way.

However, it was the moment when he collapsed in front of the grave of his father that you really felt the impact of the things that Archie has been through. On the other hand, Riverdale once again remembers the late Fred Andrews (Luke Perry).

Likewise, Archie clearly believes that the memory of his father is not only being forgotten but clouded by this city and considering that Fred was about saving Riverdale and the people who lived there, it makes sense for him to feel that way.

So the fact that the moment the murderer of his father was sentenced was upon him meant that he was bound to come to a head in his mind. Especially knowing that they were asking him to write a letter of forgiveness knowing that his father died in a hit-and-run accident.

Likewise, Archie already seemed like he was not only struggling with the death of his father, but that he was changing life once again when high school came to an end and his friends moved on with their lives. the. Don’t forget that Riverdale is available on The CW and Netflix.

BTS impressed the Backstreet Boys at the Grammy Awards in 2022.