Home Celebrity The truth behind survivors of devastating apocalypse 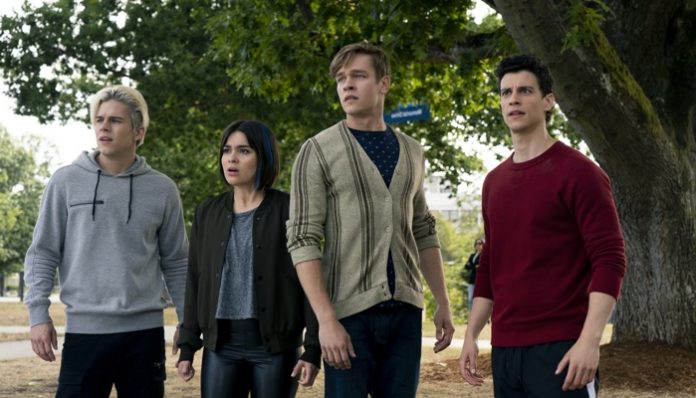 The popular Netflix series, The Order, managed to catch all the subscribers of the platform with its incredible story. But, one of the scenes that managed to surprise fans the most was the apocalypse, so who managed to survive?

After the death of Salvador (Diana Bang) in episode 9, Alyssa (Sarah Gray) is afflicted with pain, she is more determined not to carry out the vision of Praxis. She ordering her companions to intentionally cause eruptions until the Order agreed to agree on a deal in which magic was accessible to all without sacrifice.

Alyssa who also stole Vera’s powers (Katharine Isabelle), and held her hostage in hopes of being able to exchange them for the highly desired enchantment of the Order.

Alyssa was very focused on making Salvador’s dreams come true, that she completely ignored Vera’s warnings about the consequences that the spell would have. Performing magic without any sacrifice makes the practitioner self-sacrifice.

The eruptions took a very big turn for the rebels, unleashing a big problem. A magical apocalypse. Alyssa agreed to a temporary ceasefire, but it was of no use since she was ready to kill Vera moments after avoiding the end of the world.

That thanks to Kyle (Jedidiah Goodacre) he was saved from her, as he reminded Alyssa that Midnight was still behind her. If not for this, Vera would have died at her hands.

But sadly, the heroism that Jack (Jake Manley) performed was quickly overshadowed by what happened next. Alyssa being ambushed and mutilated by Midnight, and apparently killed.

Billie Eilish Says She Is Preparing To Start “A New Era”