Home Celebrity The truth behind Katarina’s sudden departure from Rostova 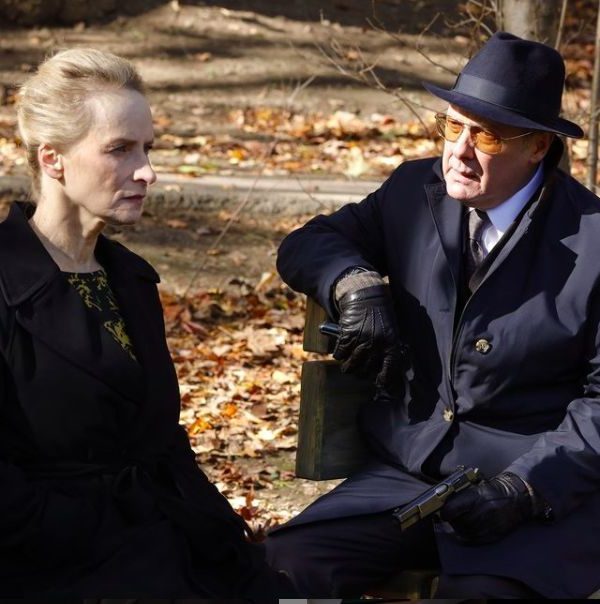 Season 8 of The Blacklist has been surprising all viewers by the war that has started between Liz (Megan Boone) and Red (James Spader), after the death of Katarina (Laila Robins).

Season 8 of The Blacklist kicked off an incredible war that has started between Red and Liz. After Red murdered Katarina Rostova.

After Katarina discovered “the truth” about Red, he had no choice but to assassinate her, as he was going to use the Sikorsky file to let everyone know about her.

But, The Blacklist executive producer John Eisendrath has revealed the reason why Katarina was murdered in this season 8 of the show.

“What we lost by not being able to have the ending to Season 7 that we envisioned, we made up by having such an adrenaline-packed start to Season 8.”

“We wanted to separate Liz and Red to start Season 8, and nothing would do that other than kill Katarina immediately after Liz decided to side with her against Red.”

The plans to assassinate Katarina were for the seventh season of The Blacklist, but since the productions were stopped due to the pandemic, her death had to be moved to season 8 of the series.

But what, if the producer, Esisendrath, has assured is that Katarina’s death will cause Liz and Red to go to war.

“Katarina’s death makes Liz more determined than ever to get answers to the questions she has been asking for seven years. She is willing to burn every bridge and cross every line in search of the truth.

Without a doubt Red will have to face a formidable adversary, Liz. She has learned a lot about him during her seven years, something that will have every viewer excited with every episode of The Blacklist.

18 curious and interesting facts about J-Hope from BTS

Schwarzenegger: Trump is the worst president in history