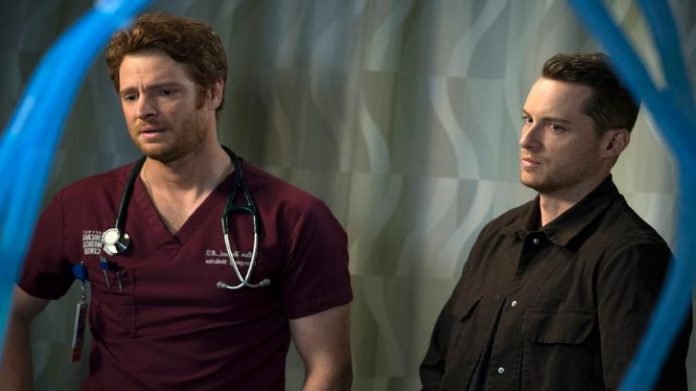 One of the reasons why Chicago P.D. and Chicago Med, crossover is by the Halstead brothers, Jay and Will. But are these characters really alike?

The 3 programs of One Chicago are usually connected with their crossovers, but during what many did not imagine or realize was that Jay Halstead (Jesse Lee Soffer) and Will Halstead (Nick Gehlfuss) are brothers.

But the funny thing and the question that all the spectators have made about them, are they really brothers, if they do not have anything similar? But this seems to have been cleared up at Chicago Med.

Jay Halstead’s brother Will seems to give a logical explanation, during Chicago Med season 5 episode 11 “The Ground Shifts Beneath Us”, this is what he said.

“In my family I am the only redhead who has a recessive gene, so it is possible that it has not been expressed until now.”

This explanation was given, since Will had attended a childbirth and a girl was born with red hair the same as his, so the parents of the baby did not understand the reason for this, but he told them that it was possible.

But despite the explanation it could also be a kind of trap from the producers of the series for a future story between these two brothers, who may not be brothers in reality and have been changed as a child, who knows, how he will take it the One Chicago stories.