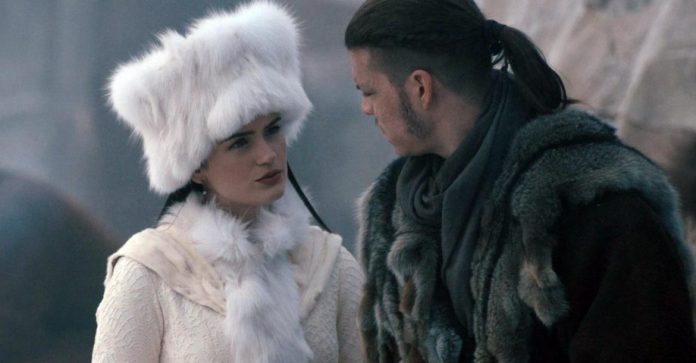 During the second part of Vikings season 6, Katia (played by Alicia Agneson) revealed to Ivar (Alex Høgh Andersen) that she was pregnant with his child, but was she really?

Although Katia was the wife of Prince Oleg, she did not agree that he was the right person to rule the Rus and she, like Ivar, wanted the rightful heir to have the throne.

So, in the last 10 episodes of Vikings, she decided to join forces with Ivar to help overthrow Oleg, while Igor was guarded.

When Ivar’s mission to support Igor was completed, she announced that she would be leaving to pursue other challenges. He invited Katia to join him, but she told him that his family was more important than her feelings for him.

What shocked all the fans of the series, was when she announced that she was pregnant with her son and that she would make sure everyone knew that Ivar the Boneless was the father.

Katia and Ivar shared a romantic moment, which meant that if she was pregnant, the baby could belong to Ivar. But, there is a possibility that the baby was Oleg’s, and Katia was simply lying to Ivar so that he could leave on a positive note.

Although the truth about her pregnancy and most likely the baby was from Ivar, as Katia had chosen to be open and honest with Ivar in an attempt to secure Igor’s place on the Rus’ throne. So she had no reason to lie to him, it’s just that the unfortunate fans were never able to see the boy for themselves.

See Also
The Theory That Explains Why Ivar Betrayed His Family