Home Entertainment The Truth about Anime Created Only for manga Advertising 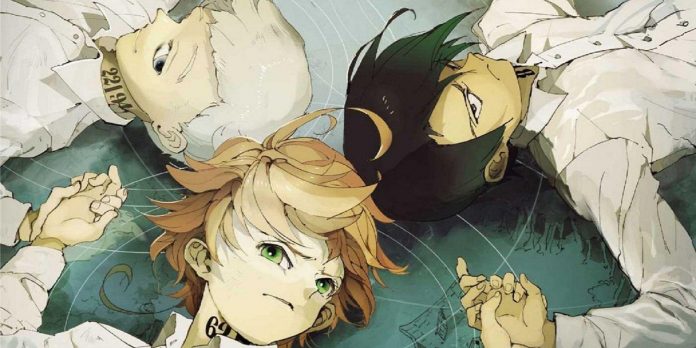 There is a myth on the web. Many anime fans believe that many, if not all, anime are created only to advertise manga and increase its sales. And although this myth may have some weight, it is far from the only truth. In addition, it seems to reduce the hard work of animators, voice actors, directors and the like, bringing art to life in an anime environment. The question is, how much weight does this theory really have?

This article explores both the arguments in favor of this theory and the arguments that undermine it. Can this really be a universal situation with anime, or is there something more in the relationship between anime and manga in the industry? And if this theory is true, is it worth watching anime at all?

Which points to the theory

Simply put, manga sales increase whenever an anime becomes successful. Shows like My Hero Academia have turned the popular senen manga into a worldwide phenomenon. Time and time again, we can see manga sales double and triple immediately after a successful anime. It was reported that in 2021 2.88 billion people, almost a third of the world’s population, watch anime. So if the theory is correct, this method can be an incredibly effective method of advertising.

Some anime, such as Shadows House, even forced the creators to admit that the anime was never intended to go through the first season and was originally intended to advertise manga. It is reported that the popularity of Spy X Family also saved the career of the manga author. The author of the original manga wrote the ending only for the anime to make ends meet, since it was assumed that there would not be a full adaptation of the show. However, this does not mean that every anime is intended to advertise manga. However, here is definitely evidence that this is true in some cases.

Now, here’s what refutes this theory

There are a few things that poke holes in the theory that all anime is made to advertise manga. Firstly, anime is expensive. In 2015, a computer graphics artist named Masamune Sakaki stated that an average 13-episode anime costs $2 million. In which world does a manga artist whose average salary is $12,980 for a monthly publication or $51,920 for a weekly publication decide to advertise his show for $2 million? While arguments could be made about Shōnen Jump titles, what about small publishers and independent manga artists whose anime has been picked up?

In most cases, the reason for creating an anime adaptation is that the manga is just good. Beastars dominated the manga scene long before Netflix and Studio Orange teamed up to adapt it. Another example that we gave earlier at GameRant is how the author Kakushigoto literally believes that anime is better than manga, and encourages anime fans to stop there because he believes that his own manga is inferior to the anime adaptation. If Kakushigoto’s anime was really an advertisement, would he be publicly against people reading his manga after the anime was released?

What Is The Verdict?

In truth, although some anime may be an exception, they are created for a variety of reasons. One of the reasons that many people forget about is merchandising. It was reported that, on average, manga authors actually receive 10-15% of the fee from merchandising sales. According to a 2009 report, although manga authors do not receive royalties for Blu-ray, merchandise with characters sells 8.5 times more than DVD and manga combined.

In addition, not everyone who watches anime reads manga. Some people watch anime because they can’t afford manga and don’t want to pirate it, and some just don’t like reading. Similarly, some people don’t watch anime and prefer to read manga because they can finish the story faster and take it with them wherever they go. Some people even watch anime for some genres and prefer manga for others. The theory could not be plausible if literally everyone who watched anime also did not watch manga.

In general, there really isn’t one established reason why anime is produced. Some anime are made for advertising, some anime are created to sell merchandise, some anime are made simply because the anime was good, and some are sometimes created because the director feels he can improve the story. Putting the entire anime industry in a box is no different from saying that all anime is one genre; it’s a generalization of the entire art form under one label. Rejecting anime for being “just an advertisement for manga” ignores the long and frankly low-paid hours that animators, directors and voice actors spend on existing media. To be honest, this is a disservice to them and anime in general.

The students are fans of “gongbang” a new way of studying