Home Entertainment The True Story of The Netflix Series “From Scratch” 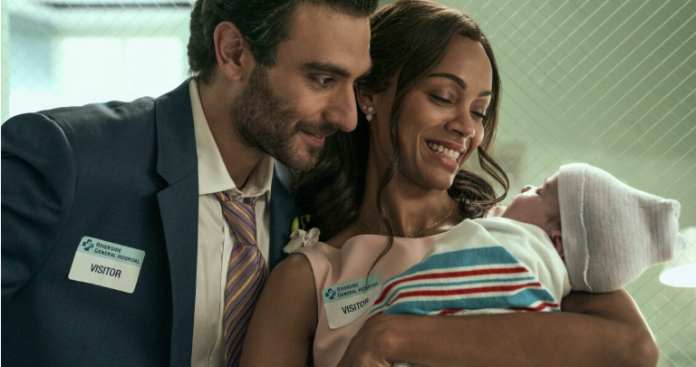 The old saying “The world is small” is very true when it comes to Netflix with its many diverse content from around the world. And tops the charts for weeks in a row From Scratch. Despite the number of long-awaited releases that followed “From Scratch”, none of them could prevent it from becoming one of the most watched series on Netflix. The eight-episode romantic series created by Attica Locke and Tembi Locke will melt the hearts of people all over the world.

One of the many reasons for the popularity of the series is the fact that it is not only cinematically attractive and worthy of fainting, but also based on real events. Contrary to the title of the touching series, the story is not built “from scratch” and is a real story based on memoirs written by Tembi Locke. Tembi, along with his sister Attica Locke, is the showrunner of the series. Few things can compare to people telling their own stories in their own way, and From Scratch is proof of this fact.

What is the true story of From Scratch on Netflix?

The series, consisting of eight episodes, tells the wonderful story of Amy and Lino. Despite the fact that they are from two very different corners of the globe, they fall in love with each other. The series tells about the difficulties they face not only with each other, but also with their families. Given the fact that it is based on memoirs, it can be easily established that it is inspired by real events.

Amy and Gullo are Tembi Locke and Gullo in real life. The love story begins when Tembi goes on shift after graduating from high school. A cute Italian guy who helps her search for a lost bike becomes the love of her life. And when she met Gullo, she felt complete. From talking about simple things like food to sharing the warmest memories, they were perfect for each other.

While their families disagreed, they both believed in themselves, persevered and supported each other. Another amazing detail is that Amy’s apartment in the series is actually the real one that Locke lived in.

They got married in 1995 in Los Angeles. However, family happiness did not last long due to the fact that Gullo was diagnosed with cancer. In addition, their daughter’s real name is Zoela, who is called Idalia in the series. The fact that something so cute could happen in real life shocked everyone. But believe it or not, this is the true story From Scratch on Netflix.

How would you rate the series on a ten-point scale? Let us know in the comments below.