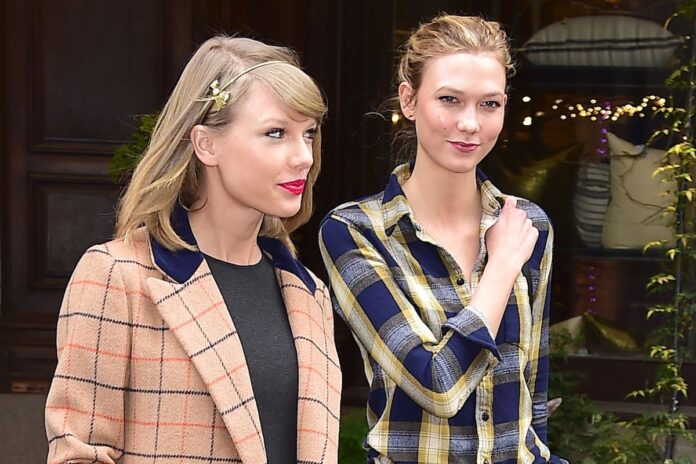 How did the problems between Taylor Swift and her former best friend Karlie Kloss start? Here we tell you all about this sudden enmity.

Gone are the years of friendship between Taylor Swift and Karlie Kloss. The singer and the model have put an end to the close relationship they have maintained and which they have boasted so much in social networks, leaving their followers stunned.

But there is a reason why the two no longer speak, and it seems to be that it has everything to do with Taylor’s lack of confidence towards Karlie. What has happened? It all has to do with a couple of parties Karlie Kloss threw at the Tribeca complex, Taylor Swift’s mansion.

The singer has always said that her best friend, Karlie Kloss, had a room with her favorite snacks always ready for whenever she wanted to stay for the night. But apparently, the model crossed the limits of Taylor’s confidence and that caused them to fall out.

What did Karlie Kloss do to make Taylor Swift mad?

As sources close to the women have revealed to the New York Post, Taylor went into a rage when she saw that Karlie had organized a couple of meetings with friends without asking her permission. That would have caused them to distance themselves and Taylor Swift to decide to cut all relationship with the model.

“Taylor got upset about something crazy and then pushed Karlie away. She was furious, “explains the testimony. In fact, the anger has been so great that the singer declined both invitations to the model’s wedding ceremonies.

“She became famous very young; and the behavior that we could accept from a young girl (trampling, acting petulant) no longer holds when you are a grown woman ”, adds the testimony that has seen the estrangement of Taylor Swift and Karlie Kloss in the first person.

As we have mentioned in other articles in Somagnews, Karlie Kloss was part of the well-known “squad” of Taylor Swift, the group of friends who lent her support when Kanye West and Kim Kardashian began their media campaign against her.

Chanyeol and Raiden release Yours, their new song