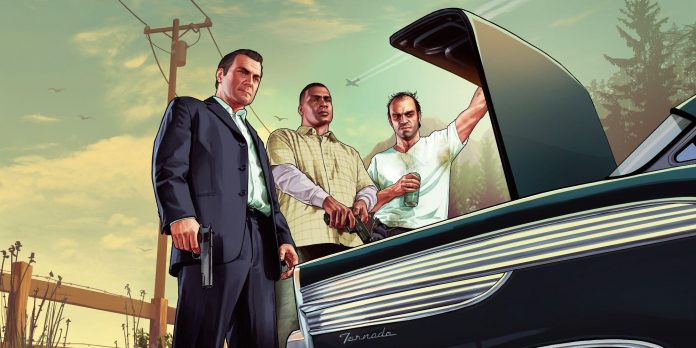 Grand Theft Auto 5 is not only the biggest game in the series, but also the best ending among all GTA games. While most Grand Theft Auto games have a bittersweet ending, GTA 5 goes in the opposite direction and has a happy ending for everyone involved. This feeling helped to distinguish GTA 5 favorably among the rest of the games in the series.

Grand Theft Auto 5 actually has three endings to choose from. However, the first two end the game on a sad note. Ending A sees Trevor die, and Ending 2 includes Michael’s death. In both of these endings, one character disappears forever and becomes unplayable in the post-game, while the other two break ties with each other. On the other hand, in the canonical ending of Grand Theft Auto 5, all three main characters throw caution to the wind to fight their enemies, and the subsequent mission is very enjoyable.

Related: GTA 6’s Worst Mistake Will Be Its Modern Setting, According to Rumors

At the beginning of Ending C, the main characters and Lester get together and make plans for how to deal with all their enemies. Every major villain yet to be dealt with is included in the plan. Even Stretch is included, who had little involvement in the overall plot other than trying to kill Lamar and Franklin. All of these characters have been despicable since their first appearance, and the player will naturally want to humiliate them for everything they did during the game. Even Trevor from GTA 5 had a good side, but the main antagonists of the game will not cause the player anything but disgust, which will make their fall even sweeter.

This mission also shows the best use of all three characters. The player is challenged to complete each of their tasks one by one, as the trio kills each other’s enemies so as not to arouse suspicion. As soon as one of them is finished, the player can immediately switch to the next character in the queue without downtime. This makes the final mission the biggest climax of the story, as the main characters finally change tables with their tormentors. The big finale comes when the main characters push the car with the last villain, Devin Weston, off a cliff, getting rid of their latest threat and leaving them with unfinished business to take care of. After all the dizzying missions and robberies in GTA 5 that the trio experienced, it’s nice to watch their final victory.

This triumphant happy ending is the main thing that makes the GTA 5 final so successful. After San Andreas and especially GTA 4 ends when the main characters are not fully realized, the grand finale of GTA 5 is a welcome change of pace. Not only is it nice to see game characters undoubtedly come out on top, but it makes the player feel like his hard work has been properly rewarded. Although the main characters of GTA 5 are far from traditional heroes, this ending corresponds to the traditional plot patch. The bad guys lose, and unlike the Grand Theft Auto 4 finale, everything ends happily ever after.

Grand Theft Auto 5 has done everything possible to make the ending the most enjoyable part of the game. It tests the player’s skills in each segment, includes several dramatic moments and completes the story in a beautiful and clean way. If the next GTA game follows the example of Grand Theft Auto 5 when creating the ending, then very soon the series may see another incredible climax.

WWE Monday Night Raw will Get a New TV-14 Rating Next...