Home Celebrity The transformation of Rosario Dawson as Ahsoka Tano 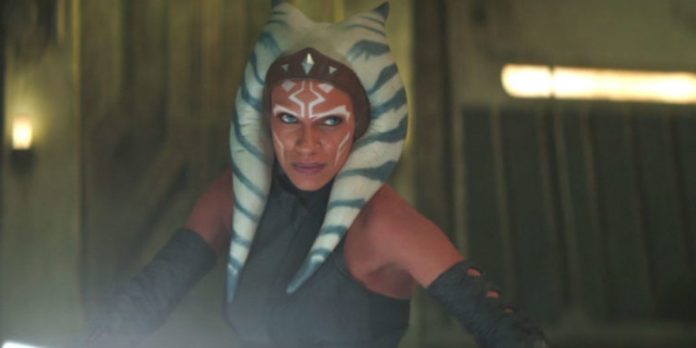 Disney +, delivered to fans the long-awaited season 2 of the fictional series derived from Star Wars, The Mandalorian, which tells the story of the adventures of Mando (Pedro Pascal).

With season 2 of the Disney series, fans were thrilled to learn that one of the iconic Star Wars characters, Ahsoka Tano, would appear in scenes from The Mandalorian.

Ahsoka Tano, is played by Rosario Dawson, and the actress has just published a video through which she shows the entire makeup process to transform herself into the fan-favorite character of The Mandalorian and Star Wars.

The video was published on January 29 in order to commemorate Ahsoka Tano’s day, after one more anniversary since her first appearance in Star Wars.

Video transformation of Rosario Dawson into Ahsoka Tano in The Mandalorian

In this sense, the video shared by Rosario Dawson, Ahsoka’s interpreter, was accompanied by a message of gratitude to whoever lent her voice to give life to the character in the animated series. This Dawson wrote on Twitter:

“Thank you Ashley Eckstein for bringing Ahsoka to life for all of us. It is one of the greatest honors and privileges of my life to share this remarkable character with the world by your side.”

Importantly, the actress will reprise the role of Ahsoka Tano in one of several spinoff series that are in the works to expand Disney’s Star Wars content universe.

See Also
"The Mandalorian" Season 3 to begin filming in April