Home Entertainment The Trailer of Bullet Train Has Been Released: New Movie That Will... 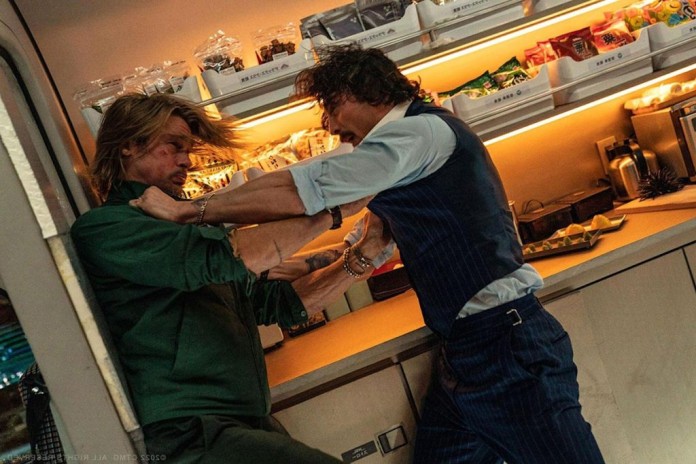 The trailer of Bullet Train, directed by David Leitch, who has made a name for himself with movies such as John Wick and Deadpool, and which attracts attention with its star-like cast, has been released.

Recently, we have started to see a lot of book adaptations in the cinema. Some of them were successful, while others received a lot of criticism. Bullet Train, inspired by the book of the same name by Japanese author Kotaro Isaki, is getting ready to take its place among these “book adaptation movies”.

The trailer of Bullet Train, which was directed by David Leitch, who made a name for himself with John Wick, Deadpool 2 and Atomic Blonde (Blonde Bomb), was finally released.

Here is the breathtaking trailer of Bullet Train

The movie is about the action-packed journey of our main hero (Brad Pitt), who wants to take a bag on the train, with a group of hitmen who are after the same bag. The cast of the movie includes Brian Tyree Henry, whom we know from the movie Eternals, Joey King, who is remembered with his performance in the movie The Dark Knight Rises, Aaron Taylo-Johnson, whom we know from the movies Kickass and Tenet, Hiroyuki Sanada, one of the popular villains of action movies, and many actors.

When we look at the trailer of the movie set in today’s Japan, we can say that a fun movie with a high dose of action awaits us. Bullet Train will be released in theaters only on July 17.

Persona 6 should not be exclusive to consoles