Home Entertainment The trailer for the second season of Los Espookys celebrates the long-awaited... 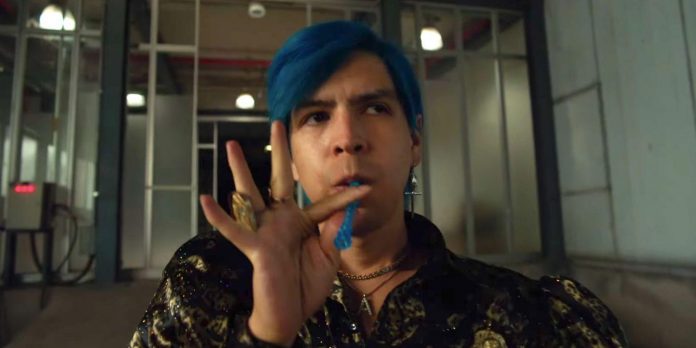 HBO is releasing the official trailer for the second season of Los Espucis, marking the long-awaited return of the series. The series, which premiered its first season on HBO on June 14, 2019, was created by Julio Torres, Ana Fabregas and Fred Armisen in the lead roles. Both Armisen and Torres are best known for their work on the Saturday Night Live show, where Armisen was an actor for 11 years and Torres was a screenwriter for three years. Although their dates did not overlap, they met when Armisen returned to host an episode of the sketch show in 2016.

In addition to its three creators, Los Espookys (which is presented alternately in Spanish and English, with subtitles that change the language when its characters) also plays iconic actress Carol Kane alongside Bernardo Velasco and By Cassandra Changerotti. Velasco plays Renaldo, a horror fan and native of Mexico who decides to start a horror company with his friends. Although at first it seems that no one fully understands what this means, the company begins to receive more and more offers from various strange clients, including work on imitating a ghost in the mansion to scare people away from spending the night in an attempt to earn an inheritance from the will of a rich owner. Each episode presented a new challenge for the group, and the results provided fodder for the show’s surreal comic sensibility.

Link: HBO Max: All movies and TV series will be released in August 2022

HBO has released the official teaser trailer for the 2nd season of Los Espookys. Along with the return of both the main and minor characters (including the strange American ambassador Melanie Gibbons, played by Greta Titelman from Search Party season 5), the clip promises even more strange humor. a series of disparate but dazzling images, such as Torres in a dazzling blue outfit that would be out of place in Liberace. The teaser also revealed that Season 2 will officially air on HBO on September 16, 2022.

Even now, little is known about what will be in the plot of the second season of Los Espucis. However, given the wide variety of images —both creepy and otherwise—that the show has to offer, it will most likely retain the format of presenting a new weird project to the group every week. There’s also a curious moment when Andres’ handsome but violent boyfriend Juan Carlos (Jose Pablo Minor, who appeared in the short-lived Mexican reboot of the popular teen series “Gossip Girl” called “Gossip Girl: Acapulco”) is apparently infected with a curse of some kind, so that some real supernatural chaos can encroach to create a group of false horrors.

However, Los Espookys fans can finally breathe a sigh of relief. Although the second season of the series was extended quickly, the low-budget cult series was significantly delayed due to the COVID-19 pandemic to the point where it seemed like it might never happen. Although it took three full years to return to the screen, he can finally provide fans with another kick with his peculiar strange energy.

Songs Of Conquest: Tips for the Rana Faction