Home Entertainment The trailer for the 5th season of the series “Cobra Kai” from... 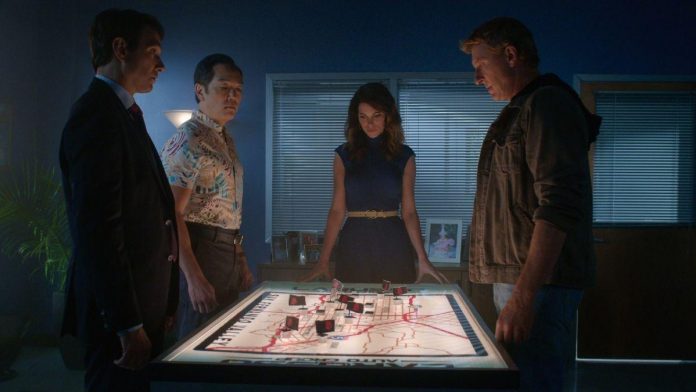 The wait has been difficult, but the 5th season of Cobra Kai is just around the corner! The fourth season was, to put it mildly, quite explosive and left viewers with a lot of questions. Although fans still don’t know much, the recently released trailer for the fifth season sheds a little light on the state of things. Frankly speaking, there are some exciting moments in these new frames that you can marvel at. Now we will look at Terry Silver’s new karate regime in the titular dojo, Chozen’s role in helping Miyagi-do karate, and much more.

The trailer, which lasts more than two minutes, certainly gives the level of intensity one would expect from a sports drama. At the end of the 4th season of Cobra Kai, Terry Silver won as his dojo defeated Miyago-Do at the All-Valley Karate Tournament. Of course, later the audience found out that he had rigged the competition by bribing the judge. However, Thomas Ian Griffith’s smiling Silver (who has changed somewhat) is now looking to expand his business empire by opening dojos all over the valley.

And, as the trailer shows, Silver is really building a chain and doing it without his fellow sensei John Creese, whom he accused of assault last season. As a result, he got fresh blood, and in the trailer, special attention is paid to the new character Kim Da-eun. Da-eun, played by Alicia Hanna-Kim, is a Korean sensei who helps expand Terry’s brand, and judging by these shots, she has some serious moves and her own team of instructors. I think it goes without saying that she creates problems for Daniel LaRusso and Johnny Lawrence.

However, Miyagi-Do has a new member. After his stunning comeback in season 3, Chozen returned to the fight at the end of the fourth season. And he seems determined to help Daniel defeat Terry Silver. The former Karate Kid Part II villain called himself “gasoline” in the previous season five teaser, and now it looks like he’s going to bring the heat. What’s most interesting here is that he and Johnny are going to spend a lot of time together— and even team up in a fight. I’m curious what the initial interactions between the two former enemies of LaRusso will look like.

One of the other notable elements of the trailer for the fifth season of “Cobra Kai” is the growing tension between Miguel Diaz and Johnny’s son, Robbie Keane. Feeling that his sensei and surrogate father pushed him away last season, Miguel left to find his biological dad. Whether he will do it remains to be seen, but it is clear that he and Robbie will have at least one intense fight this season. The footage also hints at increased tensions between Anthony LaRusso and Kenny Payne, as well as further training for Tori Nicole. And, of course, how can I not mention John Crease, who fought with his cellmates in the pen?

I don’t want to sound ungrateful, but one person we haven’t seen is Mike Barnes Sean Kaman, another main character of Karate Kid, returning in season 5. It’s likely that the showrunners want his role to be as close to the vest as possible. This is understandable, and in fact I am even more eager to find out what happened to Daniel’s other former rival. But beyond that, this trailer definitely gives fans a lot to think about, and if we continue this alone, this could be the best season of the famous show to date.

The premiere of the 5th season of “Cobra Kai” will take place on September 9 as part of the TV program for 2022, so make sure you have a Netflix subscription by then so you can watch it.

The Apex Legends clip is a reminder of why random Players...

The legacy of Hogwarts needs cleaning of common rooms for one...