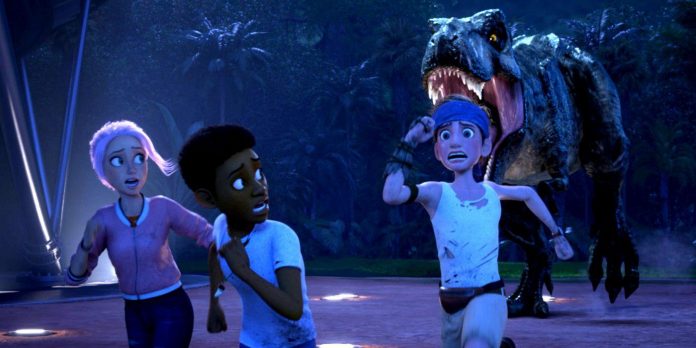 Netflix has released a trailer for the 5th season of Jurassic World Camp Cretaceous, which will be the last. Over the past few years, the Jurassic Park franchise has received an incredible revival. What began as a trilogy in the 90s and early 2000s turned into a full-fledged franchise with the release of Jurassic World almost 15 years after the release of the previous part. The incredible success of this film led not only to the fact that it received two sequels, but also to the original Netflix animated series called “Jurassic World: Cretaceous Camp”. The series tells the story of six teenagers who attend an adventure camp on the island of Nublar and must find a way to survive when dinosaurs begin to wreak havoc on the island.

Now Netflix has released a trailer for the final season of Jurassic World Camp Cretaceous. The trailer shows Camp Pham hoping to escape when Kenji’s father arrives on the island. However, since it seems that Mr. Cohn wants to control the Cretaceous dinosaur camp rather than rescue them, a split occurs in the group of teenagers and they have to decide whether to escape from the island or stay and try to save the dinosaurs.

The trailer for the fifth season made fans of the series think about a lot. Although it seems that Kenji will side with his father rather than his friends, perhaps by the end of the season he will admit his father’s wrongdoing and help Camp Pham defeat the Manta Corporation, save the dinosaurs and escape from the island. The fifth season of Jurassic World Camp Cretaceous will be released on Netflix on July 21, 2022.

David Harbour spoke about his favorite moments in season 4 of...