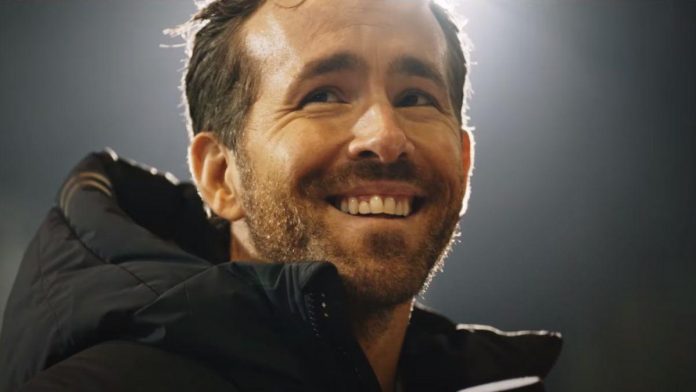 When one thinks of Hollywood star Ryan Reynolds and “It’s Always Sunny In Philadelphia” genius Rob McElhenny getting together for a new TV show, it seems to evoke visions of lewd humor, more than a few disgusting moments, and a fair amount of bodily functions. humor. But that’s not at all what’s shown in the first trailer for their upcoming FX series Welcome to Wrexham, which focuses on the duo’s journey after they jointly acquired a British football club. Rather, this project is imbued with a big heart and good-natured joy … and a couple of references to Deadpool, of course.

As you can see from the trailer above, “Welcome to Wrexham” is something of a Cinderella story, in the sense that it’s a loser’s story, not about Ryan Reynolds trying to find the owner of glass football boots. We are talking about a small working-class town whose hopes and dreams are connected with the local football team, for better or for worse. And it’s usually even worse, as it’s known that the team sometimes has difficulties during their seasons. But is all the team really needs just a couple of American thugs crashing a party with a complete lack of experience? Maybe so, maybe so.

Take a look at the “Welcome to Wrexham” poster, which amusingly changes the names of its two stars to match the nickname of the city.

“Welcome to Wrexham” debuts on FX on Wednesday, August 24 at 22:00, and episodes will also be available to anyone with a Hulu subscription. Head over to our TV premiere schedule for 2022 to find out what other new and returning shows are in the pipeline.

The author of “Blade Runner” Philip K. Dick will get a...