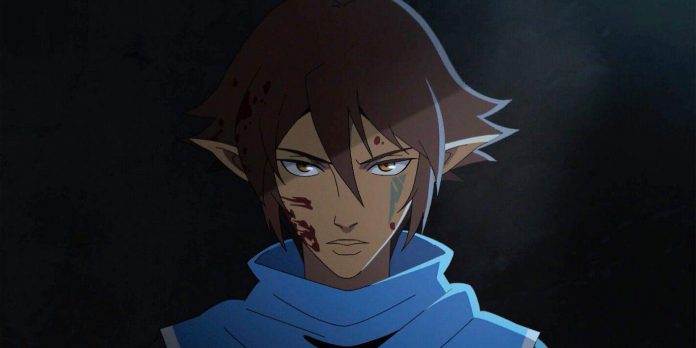 The trailer for the series “Dragon Age: Absolution” from Netflix offers a look at the characters of the series and the animation style. The six-episode event is based on the popular fantasy role-playing video games BioWare, which takes place on the fictional continent of Tedas and explores the experiences of its various inhabitants. After the success of the first game in 2009, Dragon Age has since evolved into a vast universe, including novels, comics, a web series starring Felicia Day and a film adaptation. After some speculation, Netflix and BioWare confirmed this latest series during the presentation of the streaming platform Geeked Week on June 10, 2022. Maygrid Scott will act as showrunner, and Absolution is due to be released in December this year.

Simultaneously with the announcement of the series, Netflix released a teaser trailer for Dragon Age: Absolution. Set in the Tevinter Empire, the oldest of several human nations on Tedas, the footage shows a first look at the show’s animation style, as well as the new characters introduced. It also draws viewers in with the magic and action they’re used to following a brand new saga in the world of Dragon Age.

The news of this adaptation of Dragon Age, as well as the teaser excited many fans of the franchise with the confirmation of Dreadwolf, the fourth game in the series. Many seem to believe that the show can fill the void before the release of the new game, and now want to see the Tevinter Empire ahead of Dreadwolf. Fans can expect a lot from Dragon Age: Absolution, and the more details are published, the more expectations there will be.

Jungkook Will Have A Beautiful Theme Park To Celebrate His Birthday