Home Entertainment The tragic origin story of General Grievous should still be the canon... 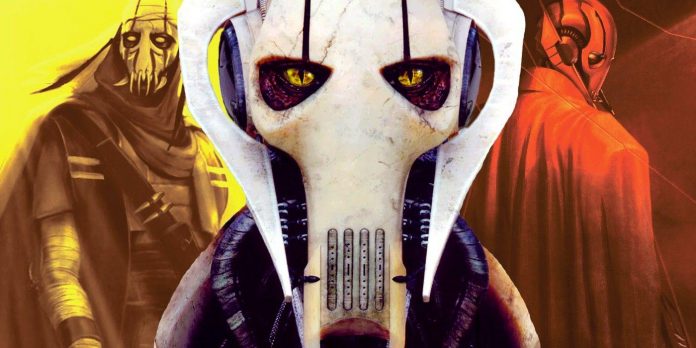 General Grievous is a short—lived villain in the Star Wars films, but his tragic origin story of the age of Legends makes him one of the most tragic antagonists of the saga. The “Legends of Star Wars” continuity, formerly called the Expanded Universe, was the official timeline of the franchise until Lucasfilm declared it unreliable in 2014. a tragic background that correctly explains his hatred of the heroic Jedi, whose murder he is notorious for.

In Legends, Grievous (real name Kimaen jai Shilal) is a terrifying opponent who easily deals with elite Jedi and clone troopers of the Republic using psychological warfare, experienced lightsaber fighting skills and physical improvements to his cyborg body. A serious injury during the Battle of Coruscant, courtesy of Mace Windu, causes Grievous to weaken in Star Wars: Episode III — Revenge of the Sith, but his canonical counterpart is portrayed as never posing a serious threat to the heroes. In “Star Wars: Clone Wars” 2008, Grievous becomes a cowardly villain who struggles to win in fair battles and is constantly ready to run away from the heroes, eliminating the feeling of fear that his colleague from “Legends” always had.

The more menacing version of Grievous from Legends also has a suitably creepy backstory, delving into his past as a Kalish warrior. Warren Fu’s Star Wars: Visionaries short story “Eyes of the Revolution” depicts Grievous’ transformation into a cybernetic CIS warlord and his hatred of both the Republic and the Jedi. Grievous’ homeworld, Kali, has been at war with the conquerors of the Hooks for generations, but when the war finally begins to favor the indigenous population of Kali, the Hooks use their political connections in the Republic to enlist the support of the Jedi. The Jedi decisively end the conflict, leaving the people of Grievous economically devastated, as well as oppressed by the invaders. This leaves Grievous with a strong hatred of the Jedi and the corruption of the Republic, but this is not the end of his tragic origins.

Count Dooku, seeing potential in Grievous, organizes a failed attempt on Kalish, blowing up his shuttle and exposing the Jedi as criminals. When most of his body is destroyed, Grievous is restored by the Intergalactic Banking Clan (the future CIS sub-faction), which makes him more of a machine than Kalish. Although Grievous is not too interested in the ideology of the CIS, he eventually replaces the late Sev’rance Tann as their military leader, using his training, position and cybernetic body to take revenge on the Republic and the Jedi who betrayed him and his people.

The Galactic Republic and the Jedi Knights may be well-intentioned, but by the time of the Star Wars prequel era, they were both corrupt organizations. The Republic reacted more to lobbyists than to the population, and the Jedi, in fact, became their paramilitary force. This is illustrated by numerous stories from the age of Legends, including the origin of General Grievous, and provides a fascinating context of the conditions under which Emperor Palpatine was able to come to power.

By the beginning of the Clone Wars, Grievous had become a monster fighting on the side of a reprehensible faction, but his origin story from the “Star Wars” era of legends shows that he is a direct product of the “heroes” he terrorizes.