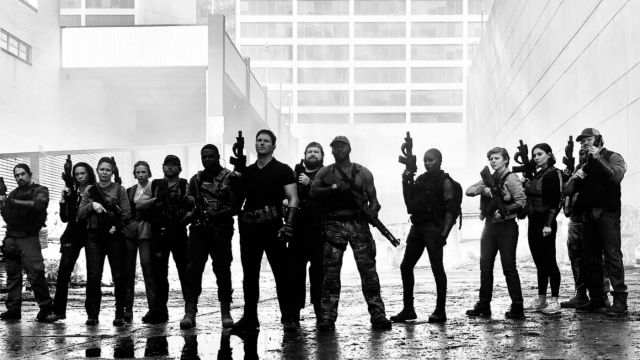 The Tomorrow War: Amazon Prime Video premieres on July 2 the new film starring Chris Pratt (Guardians of the Galaxy), an action and science fiction film.Chris Pratt, the famous actor known for his roles in films such as Guardians of the Galaxy or Jurassic World, among many others, has presented The Tomorrow War, his new action and science fiction film that will finally premiere on Amazon Prime Video next 2 July 2021. And despite the fact that at the moment there is no trailer for the film, the first details of a story that includes time travel, aliens and “aliens and more aliens” have transpired, as the actor in a casual video through his Instagram account that you can see below.

The Tomorrow War premieres on July 2

Thus, Paramount Pictures and Skydance have reached an agreement with Amazon for the distribution of this new blockbuster that should have reached theaters around the world next July but that due to the global crisis of the coronavirus did not have enough guarantees of success at the box office. Finally, The Tomorrow War will premiere exclusively on Prime Video on July 2.

The plot is as crazy as it is tempting, involving action, time travel, and alien invasions. So much so, that a group of soldiers will travel back in time from the year 2051 to alert humanity of an upcoming alien invasion, in addition to creating a corps of elite soldiers to face the threat. Chris Pratt will play a family man whose mission is to save the world to offer a future to his daughter.

According to Amazon Studios Director Jennifer Salke, “Director Chris McKay has created an incredible, totally unique and action-packed sci-fi film that will keep audiences on the edge of their seats and keep everyone on edge with his father and son story. daughter”. Chris Pratt himself, also serving as an executive producer for the first time, commented: “I am so proud of this movie! It’s emotional, it’s action-packed, fun, scary, with a great beat that leaves you in awe! It’s really good! ”

We hope to have the first trailer for The Tomorrow War soon, which will premiere on Amazon Prime Video on July 2.