Home Entertainment The title of the series “New Horizons” in the third season of... 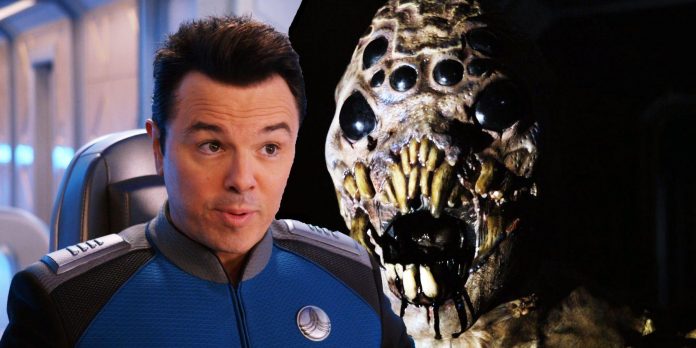 Orville Season 3, Episode 2, “Shadowlands”, justifies the rebranding of the show as “Orville: New Horizons”, but more deeply than it seems at first glance. The sci-fi comedy-drama created by Family Guy’s Seth MacFarlane recently returned after three years off the air, moving from Fox to Hulu. This is a tribute to the Star Trek series, which became popular due to the fusion of the space exploration and adventure franchise with a strong character and comedy work related to MacFarlane.

In recent episodes, there has been a clear shift from comedy to a narrative more focused on science fiction. After season 3, episode 1, “Electric Sheep”, added a dark twist to the old “Star Trek” storyline, episode 2 goes further. The “shadow Realms” in the episode title refer to a region of space unexplored by the Planetary Union. After Captain Ed Mercer (Seth MacFarlane) and his crew agree to travel through diplomatic negotiations with Krill, Orville becomes the first ship to explore these new horizons.

The new opportunities provided by the agreement with Krill clearly relate to what the rebranding of The Orville: New Horizons says. However, “Shadow Realms” highlights some less obvious new horizons discovered by creator Seth MacFarlane and his writing team. After dealing with intolerance and suicide in the previous episode, the show doubles down, moving away from the more comedic plots of previous seasons, exploring a new horizon of more dramatic science fiction. Orville resident screenwriters Brannon Braga and Andre Bormanis are writing a tense action thriller, appropriately directed by John Cassar of 24, which marks Orville’s first foray into terrible body horror.

Ignoring Krill’s warning, Orville’s first exploration mission takes them to Kalarr Space, a region of space that is said to contain demons. After boarding a ship in response to a distress call, Admiral Christie (James Reed) is exposed to a strange alien pathogen. Returning to the ship, Christie begins to experience dramatic physiological changes that resemble David Cronenberg’s “Fly”. Additional eyes begin to grow on his forehead, and claws begin to grow from his cheek. This is especially troubling for Dr. Finn (Penny Johnson Gerald), who turns out to be Christie’s ex-wife.

Here, “Orville” turns the show from the tragedy of a gentle character into a thriller when the ship loses power and plunges into darkness. Christie has turned into a terrifying spider-creature and wanders through the corridors of the ship, trying to reproduce by spreading the pathogen. This is followed by a tense thriller in the style of “Alien”, which tells about a particularly terrible transformation witnessed by two sons of Dr. Finn. For a show that once aired a Star Trek-style episode of “Holodeck Gone Wrong” about pornography addiction and computer viruses, this is a striking tonal departure.

When writing the script for episodes 6 and 7 of season 2 of “Identification”, Seth MacFarlane was worried that Family Guy fans who came to the show for comedy would be alienated by heavy science fiction. It is now clear that MacFarlane and the team were encouraged by the extremely positive response to this two-part drama film. The show’s visual effects team won an Emmy Award for their work on the battle scenes, and this gold standard of effects remains in the new series. Therefore, it is not difficult to see how Seth MacFarlane and his team of screenwriters reacted equally to the positive response to “Identity”. Openly comic episodes have disappeared, instead comedy serves to defuse dramatic tension. This is a clear sign that “Orville: New Horizons” refers not only to the unexplored areas of space in which the team is currently located; it also refers to new genres and forms of storytelling that the team of screenwriters will explore.

Comparison of Hunter from Bloodborne with Tarnished from Elden Ring