Home Crypto “The Tinder Swindler” Simon Leviev: “I Made All My Fortune With Bitcoin!” 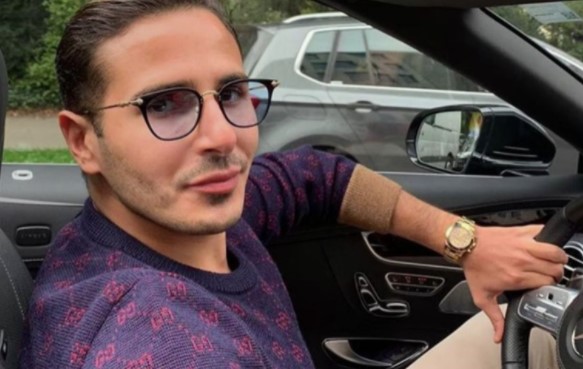 The Netflix documentary “The Tinder Swindler” has been very popular lately, and Simon Leviev, the lead actor of the documentary, has made quite a splash in the crypto money industry with his latest statements.

Expressing that he bought Bitcoin in 2011, Leviev stated that he earned a lot of money for this reason and did not defraud anyone.

Simon Leviev rose to fame after his documentary The Tinder Swindler went viral on Netflix a few weeks ago. Currently, the media claims that Leviev made his fortune by taking advantage of women he met online. But in a recent interview, Leviev claimed to get rich in a simpler way: by investing in Bitcoin.

Simon Leviev, whose real name is Shimon Hayut, said in an interview with Inside Edition that contrary to the claims of the media, he bought Bitcoin more than a decade ago and is an entrepreneur who got rich by investing in BTC.

Simon Leviev refused to talk about his life after the release of The Tinder Swindler documentary. In the first interview, the popular name emphasized that the women who accused him of fraud misrepresented the facts.

In addition, contrary to what is said in the documentary, Leviev denied that he is the son of a famous business person in the diamond business and that he introduced himself as such on Tinder. Leviev explained that he obtained all his wealth thanks to Bitcoin with the following words:

I am a legitimate businessman. You know, I bought Bitcoin in 2011, it had no value then, needless to say how valuable it is now.

Who is Simon Leviev?

According to what is told in the Netflix documentary, Leviev meets especially financially free women through the Tinder application, uses luxury places and vehicles to impress them, and starts asking women for money after he impresses them.

However, Leviev denies all of these allegations and, according to the statements, refused to tell Netflix the true face of the events. Still, judging by the latest statements, Leviev now seems to want to clear himself. In the interview, he said, “I am not a fraud and I am not fake… People don’t know me, so they can’t judge me. I am the greatest gentleman in the world.” He uses his words.