Home Celebrity The Times When Millie Bobby Brown Excelled in Clothes and Became a... 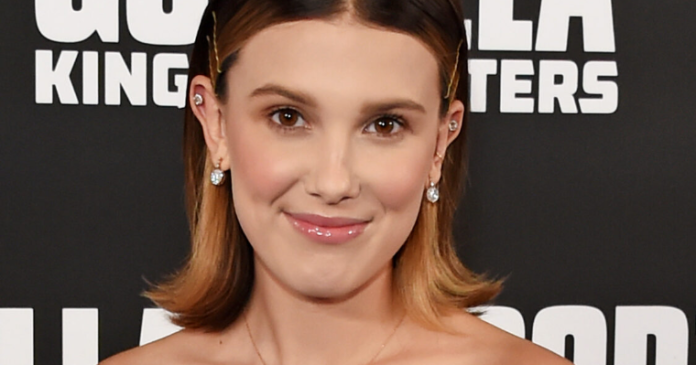 In any profession, the way you dress is of great importance, because, based on your clothes, people impress you. When you work in the entertainment industry, it becomes extremely important to take care of your appearance. Well, Millie Bobby Brown is becoming a master in this department of the industry. Many times this English actress has proved that her sense of style in clothes is as amazing as her acting skills.

Millie Bobby Brown is known for her groundbreaking role in the Netflix Original sci-fi supernatural drama “Stranger Things.” Having played a mysterious and serious character, she recently appeared as the funny and charismatic character Enola in the films of Enola Holmes. Every time we see this young actress, she impresses us with her unique sense of style in clothes.

Wearing the right clothes in any case is very important. Well, let’s look at the dresses of the star of “Stranger Things” and understand why she becomes a style icon.

Dress for the 18th anniversary 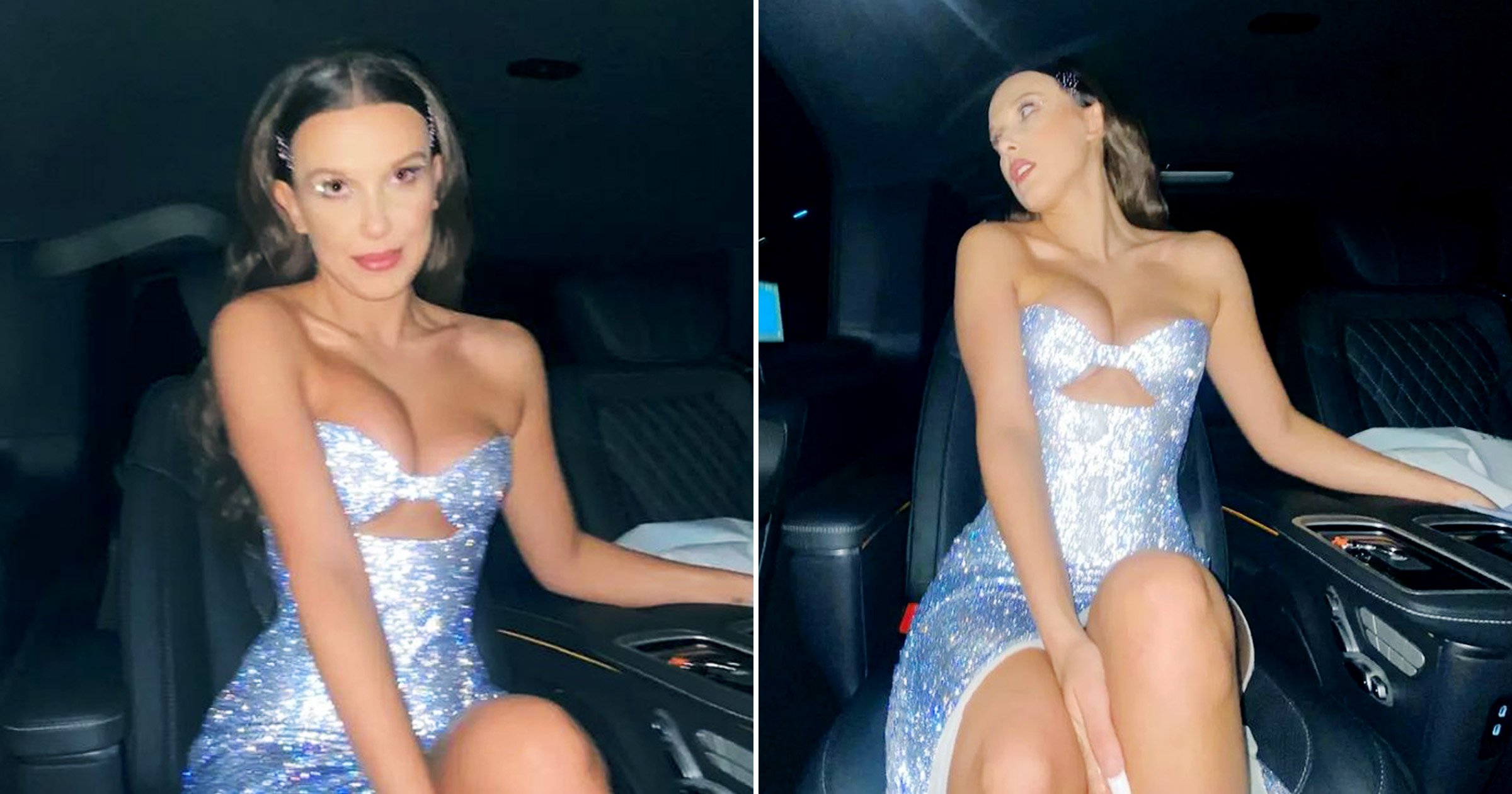 In February 2022, the owner of Florence by Mills celebrated her 18th birthday in this strapless Sabina Bilenko Couture dress. Her hairdresser tied her hair in front with a hairpin, allowing the curls to unravel from behind. 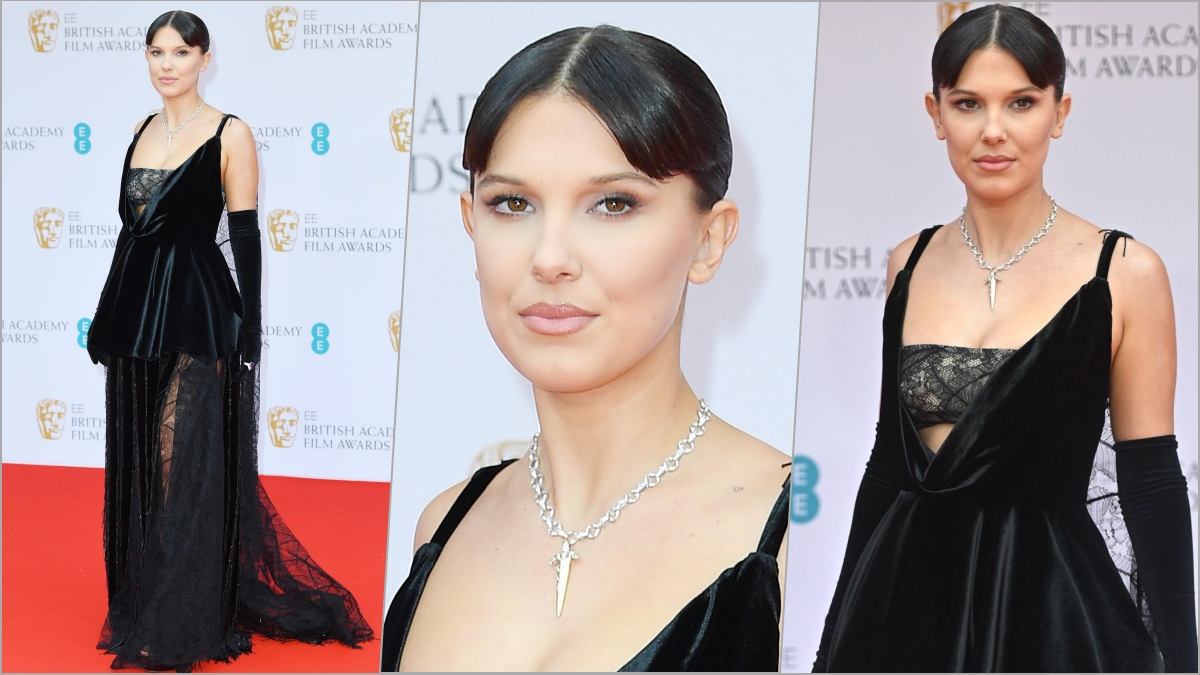 In her black Louis Vuitton dress, Brown was almost unrecognizable. With her velvet body and pleated skirt, she won many hearts at the event. She also wore velvet gloves with a silver necklace.

The one with many layers 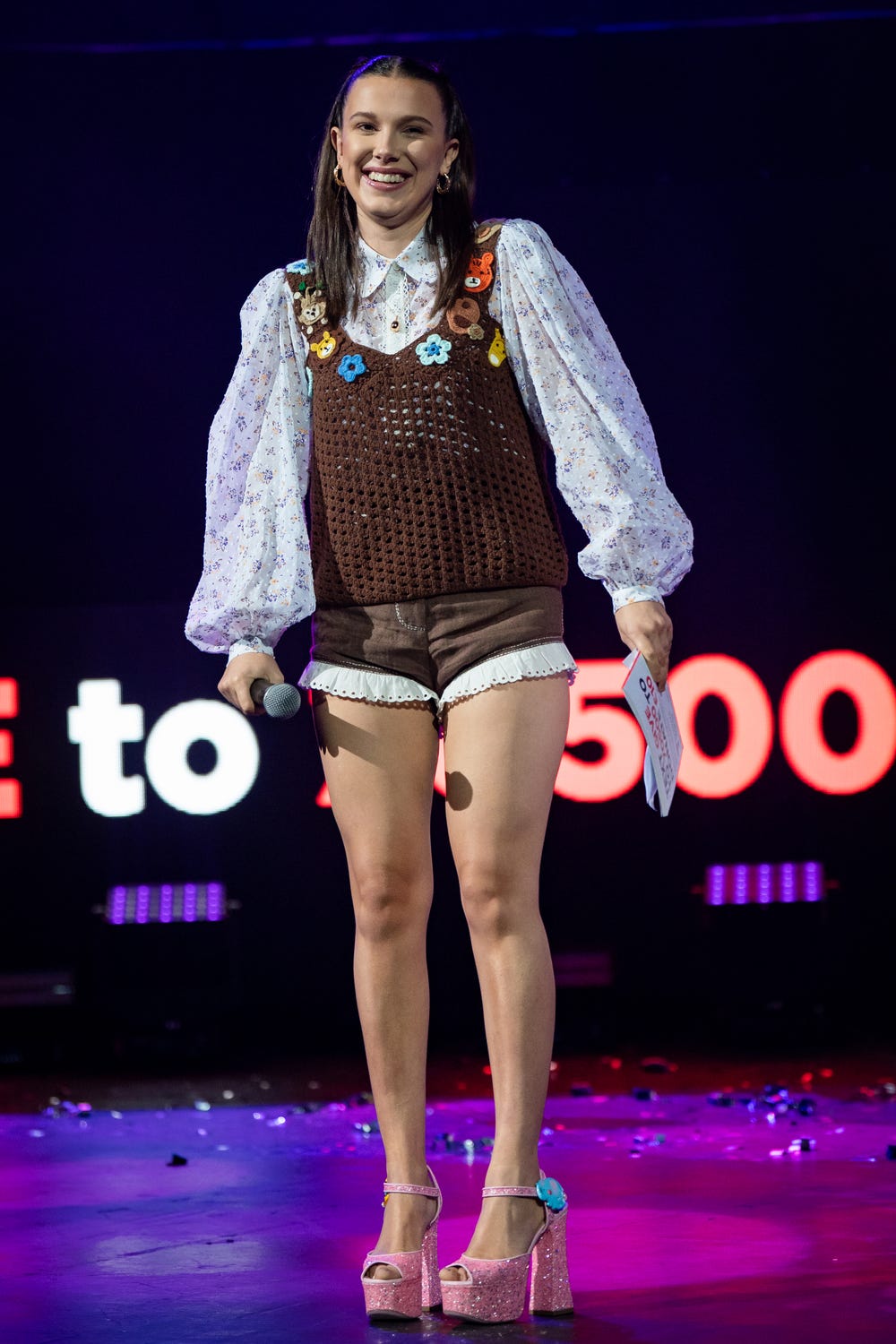 Brown knitted vest with brown lace shorts made Brown energetic, feminine and playful. Under the vest she wore a floral shirt with puffy sleeves. To complete the look, the actress of the TV series “Stranger Things” wore pink and shiny platform shoes.

The one that’s all purple in May 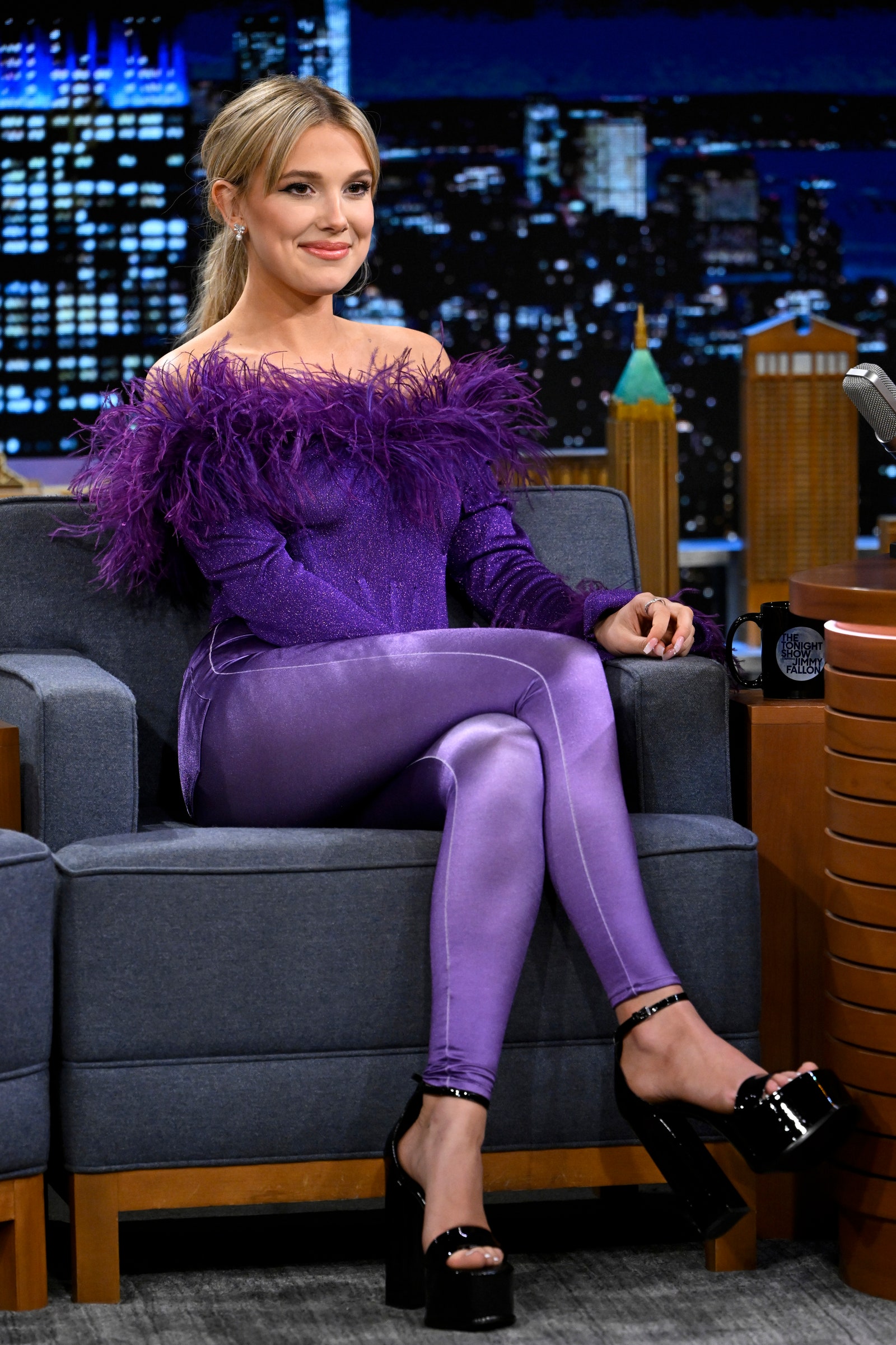 The actress was dressed all in purple on “The Tonight Show starring Jimmy Fallon” and killed him. With an off-the-shoulder top and purple leggings, Brown complemented the look with black platform shoes. She definitely knows how to handle bright colors, as she has tied her hair in a ponytail.

The one with all the glamour 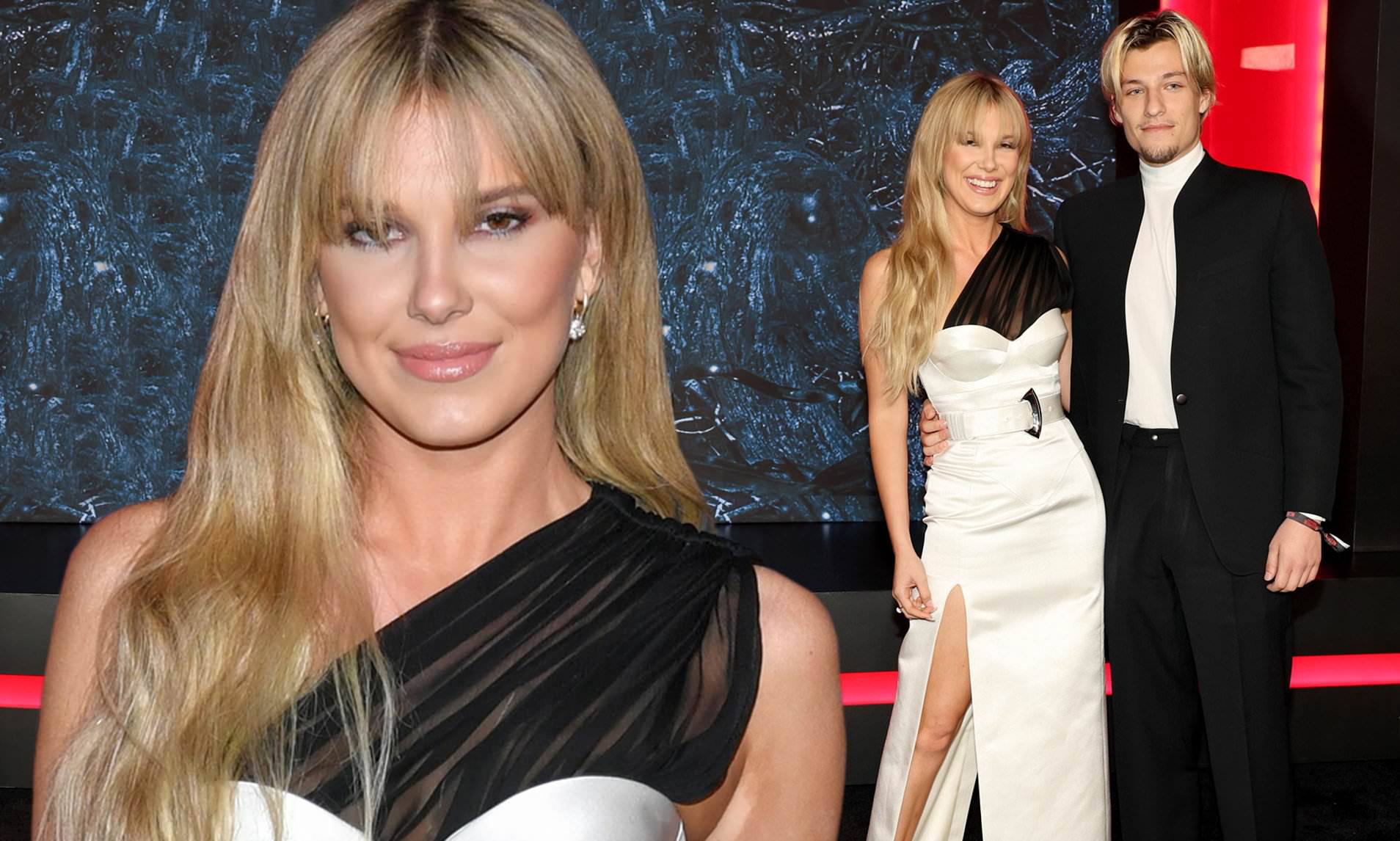 One day, the English actress was wearing a glamorous Louis Vuitton dress at the premiere of the fourth season of the TV series “Stranger Things”. Her beautiful white dress had a thigh-high slit, which perfectly revealed the black platform shoes she wore. 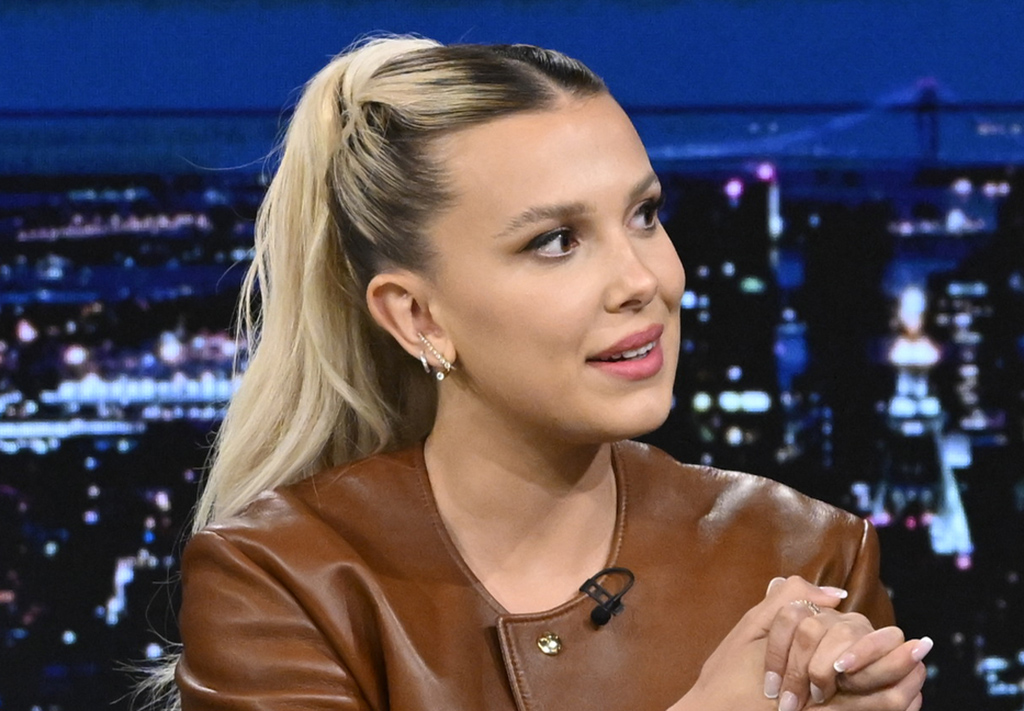 While touring with Enola Holmes 2, Millie Bobby Brown wore a black Celine corset with gray trousers. To make the image look more sophisticated, she complemented it with a brown sheepskin jacket.

The one in the ball gown 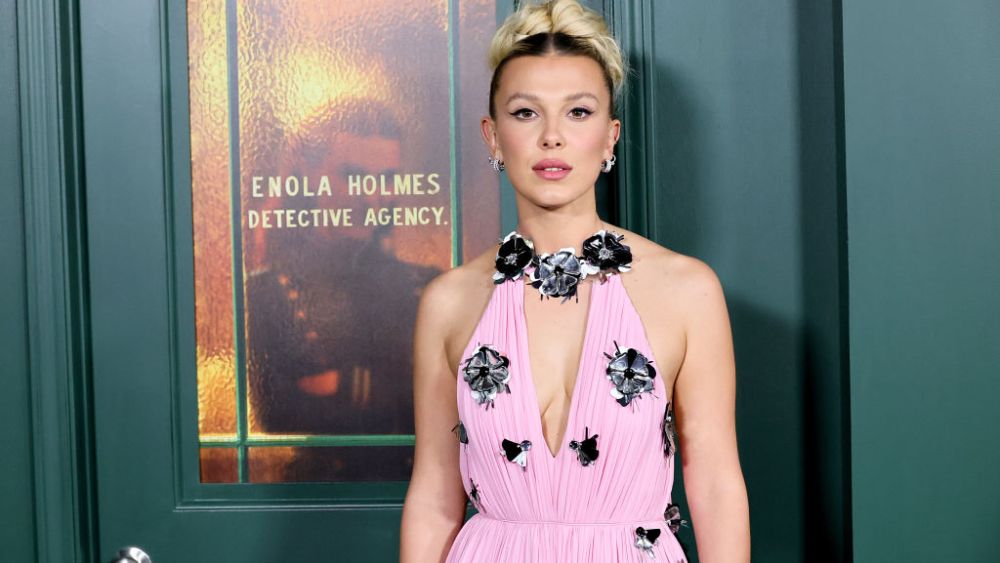 On the occasion of the premiere of Enola Holmes 2, Millie Bobby Brown was dressed in a pink Louis Vuitton dress with a decoration of black flowers. The actress completed the image with a large bundle and a minimum of jewelry.

The one where she was wearing a mini dress that looked like a blazer. 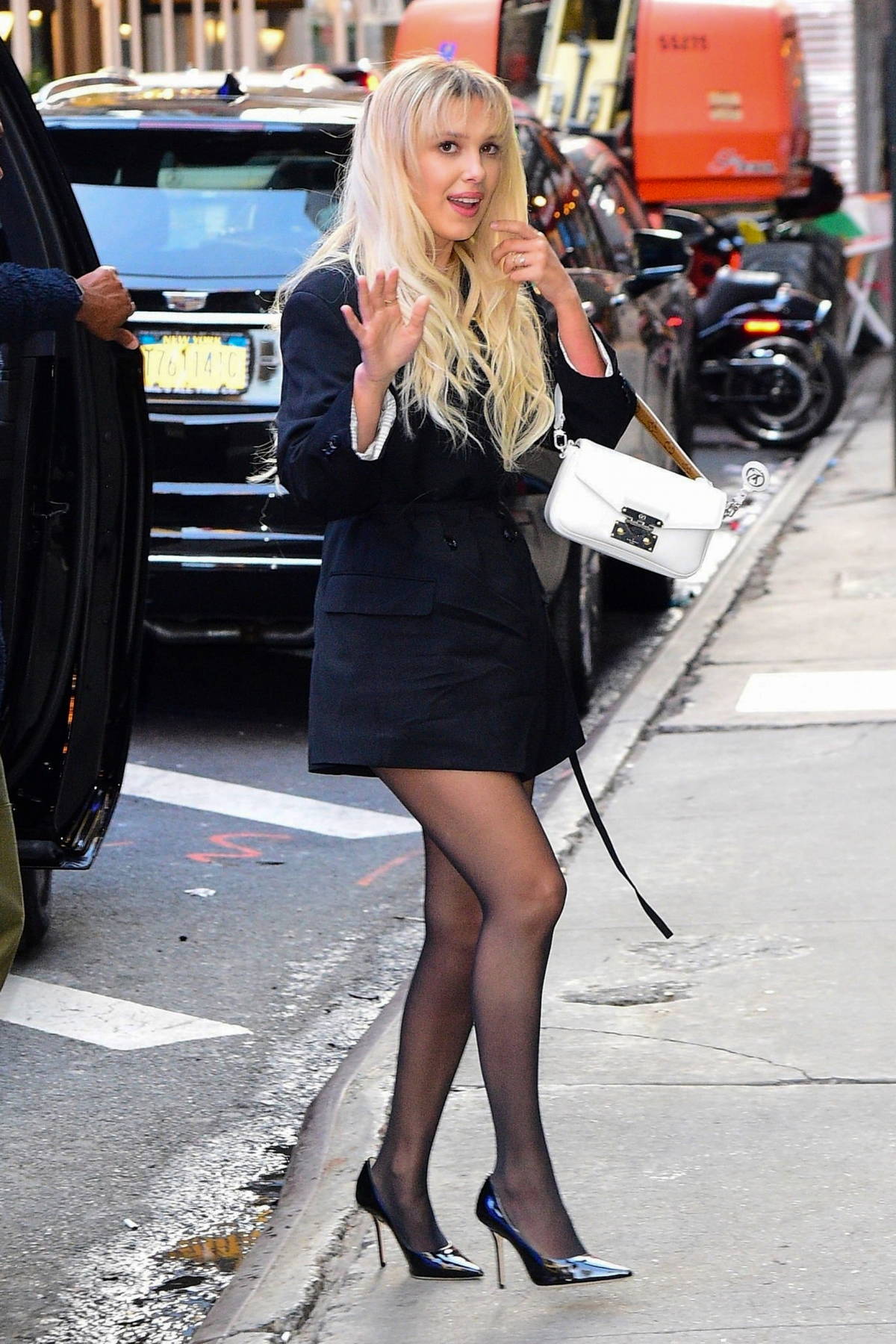 When she entered the studio of Good Morning America in New York, the 18-year-old actress was wearing a dress with long sleeves and a belt at the waist. With transparent black tights and black beautiful heels, the actress rocked the image with loose blonde hair.

The one with the modern version of Enola Holmes 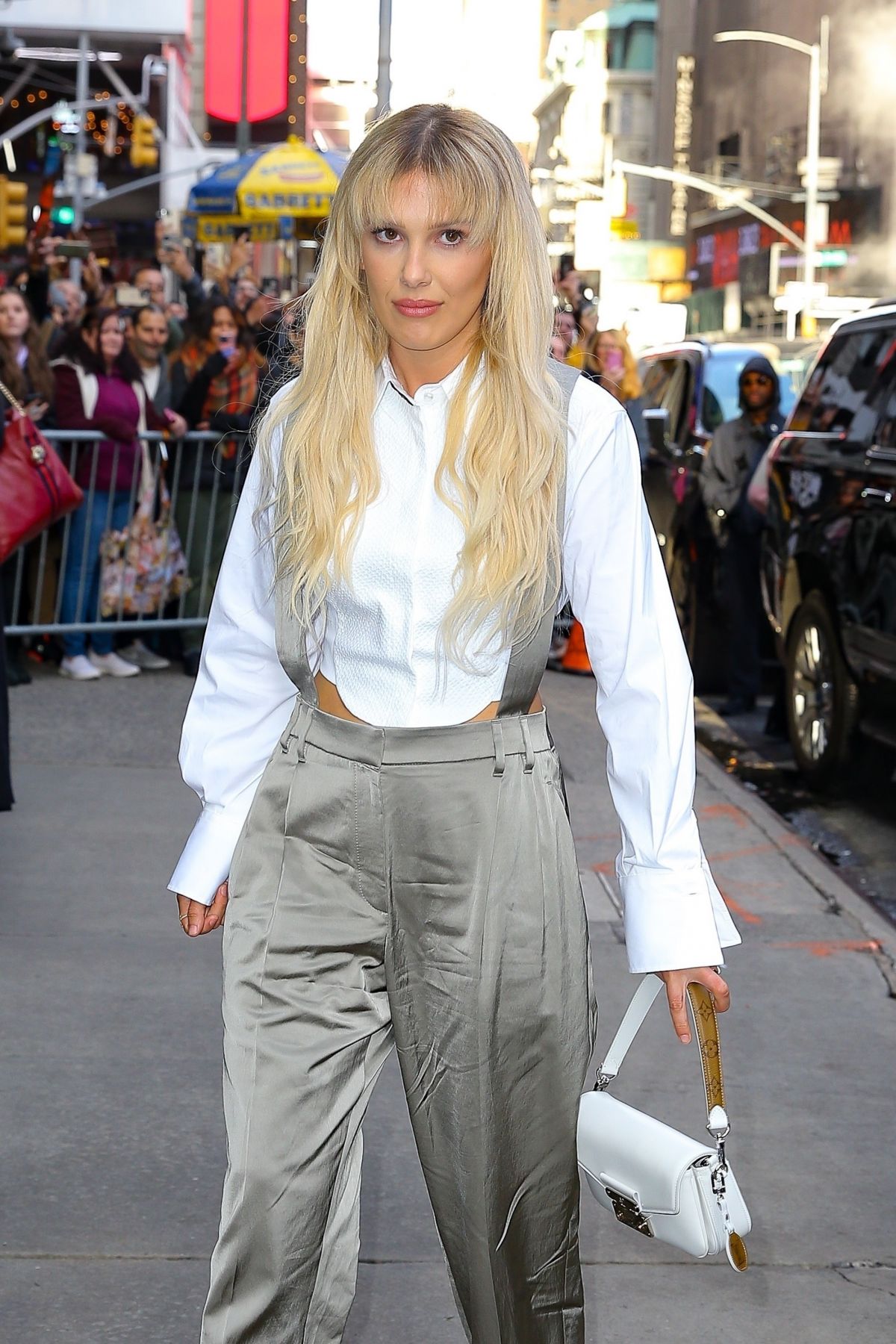 In Enola Holmes, we saw her changing clothes very often. Most of the time she wore men’s clothes to hide her real identity. Well, leaving the Good Morning America studio, she changed into a white crop top and a long-sleeved top. At the same time, she wore baggy trousers with the same black heels.

Which image of Millie Bobby Brown do you like the most? Make your choice in the comments section.

Twitter Has Thoughts After Megyn Kelly Calls Out Meghan Markle for...