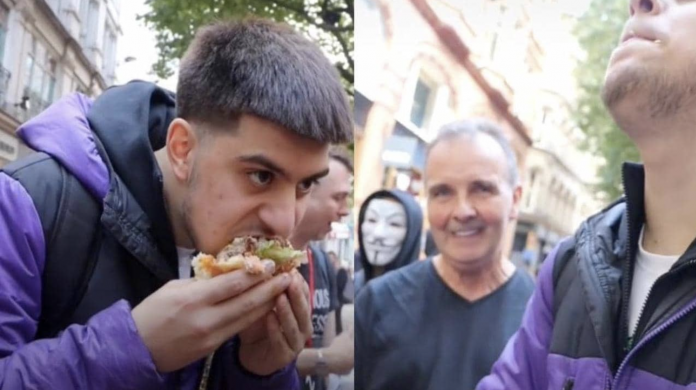 A TikTok phenomenon named Jordan Adams ate a hamburger in front of a vegan protest group in Birmingham. The group reacted to the incident.

A TikTok phenomenon named Jordan Adams has launched a challenge on the platform. That included eating what he said was the world’s largest hamburger in front of vegan protesters. By doing this, the person uploaded the clip to the app. This has caused some controversy by becoming viral.

The video, which is thought to have been shot in the city center of Birmingham, was made by the TikTok phenomenon, which has more than 750,000 followers. At this point in the video, the phenomenon ate meat in front of groups of vegan protesters, many of whom were in circles.

The vegan protesters featured in the TikTok video wore Guy Fawkes masks on their faces. In addition, they had images condemning animal cruelty. The joke ended after a while with various responses by the protesters. Someone present sarcastically said, “Isn’t it funny?” His words did not go unnoticed.

Some of the activist group members opposed the situation

A different protester at the venue told a police officer there that TikToker was throwing garbage on the ground and it was a financial crime. Meanwhile, a third activist asked the phenomenon if he was proud of what he had done. 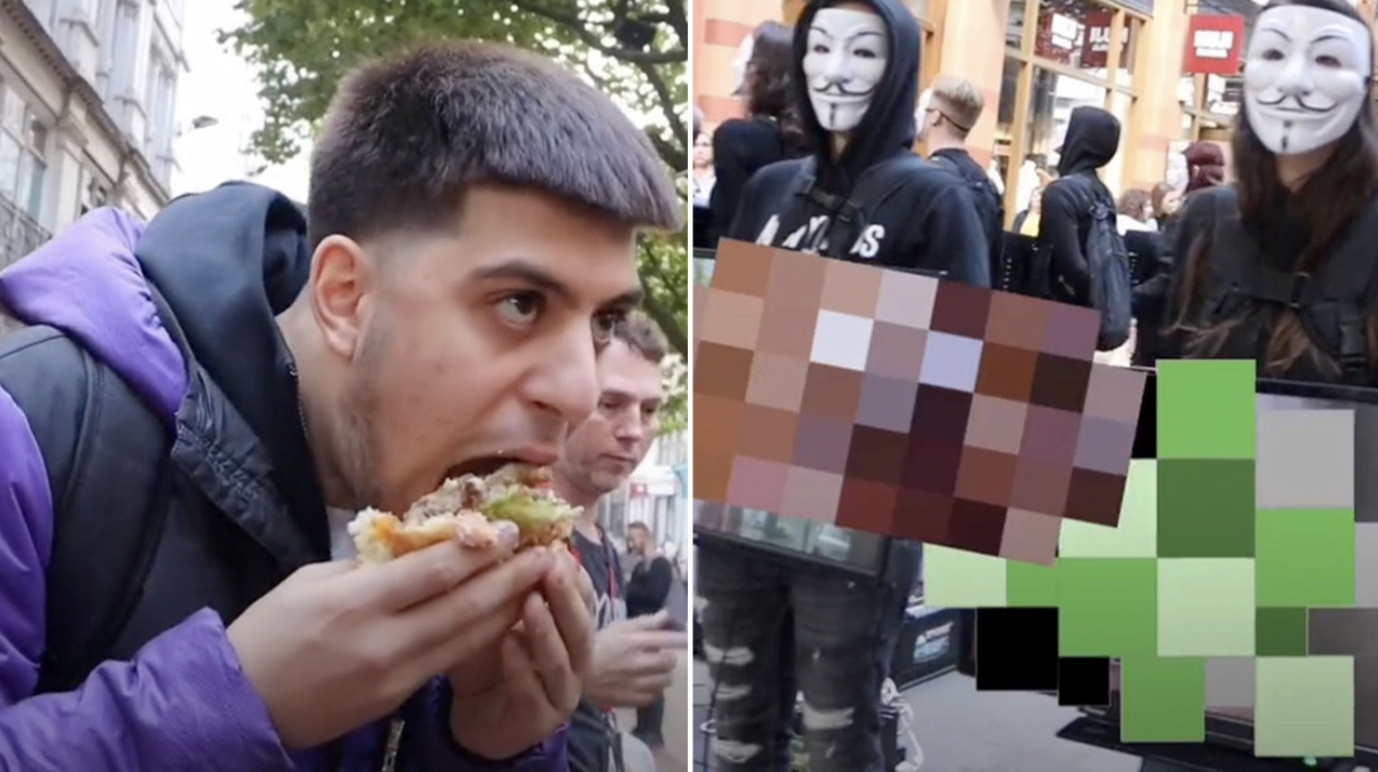 The videographer claimed that he advocated eating meat just as vegans advocate veganism. At the time it was shared, the clip had over six million views. Although this situation caused some divisions on TikTok, some found it funny. Certain sections describing the phenomenon as disrespectful.

There were also those who supported the phenomenon.

One person in the group called the situation low-level comedy. Another said, “I’m not vegan but this is not original, I’ve seen countless people do it.” added his words. Support came from some quarters. For example, if someone says, “I’m vegan and I found this funny.” statements were noted.

What do you think about the behavior of the TikTok phenomenon towards the vegan group? Do not forget to share your ideas with us in the comments section!