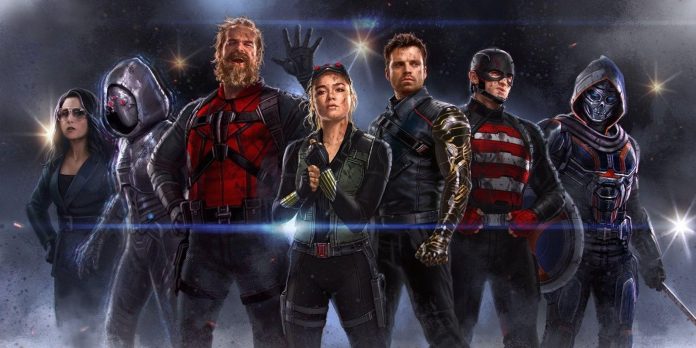 The Thunderbolts are coming to the big screen the way fans expected. The chosen participants represent mostly villains that fans have fallen in love with, and who will receive a warm welcome upon their return. Unfortunately, for the newest group of superheroes to get the MCU’s attention, they seem to lack superpowers.

There have always been a lot of heroes in superhero comics. From street heroes who fight crime with their skills and weapons, to borderline gods who deal with the cosmic forces of evil. However, the Marvel cinematic universe uses the wrong hero for this work from time to time.

So, who did the MCU choose for its version of “Thunderbolts”? The focus seems to be Elena Belova, a Black Widow with almost the same skills as Natasha Romanova. Bucky Barnes, known as the White Wolf or the Winter Soldier, joins in with his vibranium arm and killer skills. Red Guardian is another Russian attempt to recreate Captain America. The US Agent is the officially chosen replacement for Captain America. Antonia Drake, a Taskmaster in the MCU, appears due to her ability to mimic the fighting style of others. Finally, the Ghost gives the group the ability to pass through solid objects. Valentina Allegra de Fontaine seems to be playing the role of Nick Fury, who can give orders and command. This is by no means a bad list, but it lacks a bit of variety.

Four of the six characters have the same tricks as the former Avengers, as well as one whose entire set of abilities depends on callbacks. Two fake Captain America and another Black Widow. Almost all of the participants are assassins, super soldiers, or both. A lot of jokes about the original cast of the Avengers were focused on Natasha and Hawkeye. Among the gods and monsters, the spy and the archer always felt above their heads. It seems that Marvel has responded to this very tired criticism by creating a team almost entirely of the same characters as them. The problem with this team will be its action scenes. The original MCU Avengers lineup, as well as the larger lineups featured in the sequels, featured distinct and recognizable sets of abilities that made their contributions recognizable and visually exciting. It is always more interesting to watch how a variety of forces and styles collide with the enemy, unique tricks combine and bounce off each other, than to watch how everyone does the same thing.

Interestingly, this problem is the result of the team’s stated intention. Marvel and Disney want to use this team to celebrate characters who have become popular but haven’t gotten as much screen time as fans wanted. Unfortunately, the MCU has relied too heavily on villains who are a dark reflection of the protagonist. Too many recent MCU villains use the tricks of knowing all the techniques of heroes and use them for evil. The “dark reflection” villain doesn’t necessarily have to have the same set of powers as his nemesis, but Marvel relies heavily on this concept. The most interesting member of the MCU Thunderbolts in terms of action is the Ghost, who uses technology similar to Ant-Man and the Wasp in a new and interesting way. Bucky has played some great action scenes in “The Winter Soldier” and “Civil War,” but he’s also a member of the team that has already spent the most screen time. Interestingly, Marvel has already faced this problem.

While “The Avengers” has always featured an interesting and powerful cast, the second team of Marvel heroes faced a very similar wall. The Defenders was the final project of the Marvel Netflix series, and they brought together their four street heroes to confront a new threat. Daredevil, Luke Cage, Jessica Jones and Iron Fist have teamed up for one season. Although three of these four heroes are loved for their solo work, they seem too similar in a team. They are all strong and capable martial artists. The fighting scenes grow the same when everyone does the same routine, and Marvel rarely has the power of a good martial arts movie to make it anything other than a mess.

Thunderbolts could pull any number of interesting characters with a unique set of abilities from comics. Characters like Moonstone and Mach could give the team an interesting look and style. Even if they just wanted to take something from the movies, “Abomination” or “Carl Mordo” could bring a slightly more unique style to the party. It’s unclear what The Thunderbolts will face in their first film, but the crew will have to work overtime to make their crowded battle scenes seem unique and fascinating. It’s not the worst team they could have chosen, but a few superpowers would certainly make the team stronger and easier.

In Call of Duty: Warzone 2 there are fortresses with AI...