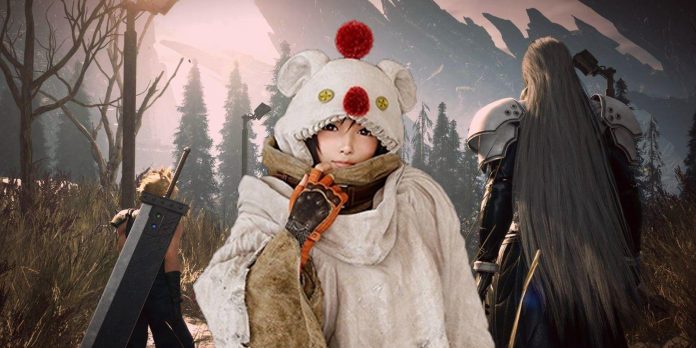 Despite the fact that the recent broadcast of Final Fantasy 7 Anniversary Celebration from Square Enix lasted 15 minutes, the publisher still managed to squeeze a lot of details into this time window. Fans not only received several updates regarding mobile games, but also got an idea of the future of the franchise from the point of view of the main line. In addition to the upcoming Crisis Core: Final Fantasy 7 Reunion, it is now known that the remakes of the games in the series will be divided into a trilogy.

A somewhat unexpected turn of events is that PS5 owners can look forward to the release of Final Fantasy 7 Rebirth on Sony’s latest console in the winter of 2023. Although it’s worth noting that release plans can change in the blink of an eye, especially when they have more than 16 months left, and future players have reason to be optimistic. Now that Square Enix’s plans to release the trilogy have been revealed, there is a particularly strong possibility that there may be other Intermission-style DLC extensions on the cards.

When Square Enix released Final Fantasy 7 Remake Intergrade in 2021, just over a year after the first incarnation of the game debuted on PS4, some viewers were understandably surprised. Despite the fact that an extended version was expected due to Sony’s financial support for the Remake series, the way the experience came together on the PS5 was somewhat unexpected. That’s because instead of just porting Final Fantasy 7 Remake, taking advantage of the new console, Square Enix decided to repackage the experience with brand new content.

For the first time in the 24-year history of Final Fantasy 7, players have a wide window into the life and motives of Yuffi Kisaragi. Thanks to the DLC Intermission for Final Fantasy 7 Remake, the one-time optional companion got a major role in the process and was supplemented with a more realistic backstory and personality. In addition to a new look at the history of the franchise, which is no less important, the strategy of Square Enix Intergrade allowed the series to remain at the center of the collective consciousness of the gaming industry.

One of the biggest reasons fans can be optimistic when it comes to future Intermission DLC additions is that the publisher will have to use the same mentality again in the future. Now that it has been confirmed that the franchise is split into three separate parts, there are many gaps to fill in the real world of Square Enix. After all, it’s possible that the currently unnamed Final Fantasy 7 Remake Part 3 may debut at some point after 2026.

Releasing an Intergrade expansion affecting another unexplored part of the Final Fantasy 7 universe would be a great way to fill an empty release schedule. Having already set a precedent, the structure of the series now suggests that the same tactics will be used again in the future. While it’s unlikely that Square Enix will have a new generation of consoles on which it can benefit a second time, there are alternative initiatives instead. Given the potential port of Final Fantasy 7 Rebirth for PC, Xbox and Switch, there are many re-releases to which bonus DLC can be added.

The story of Final Fantasy 7

From the moment the details about the Final Fantasy 7 Remake first hit the Internet, it became clear that Square Enix approached the task of restoring its classic game taking into account the roadmap. The way the first part of the trilogy is devoted exclusively to the Midgar region of the original game highlights this. Instead of revising parts of this classic JRPG, the publisher has expanded the timeline to make the story and overall gameplay even more grandiose.

The announcing trailer for Final Fantasy 7 Rebirth shows that this design philosophy won’t change anytime soon. Teasing that the next part of Cloud’s journey will deviate even further from the established timeline, it goes without saying that other iconic areas of the original PS1 game will also unfold gradually. Thus, the decision to retell the story of the game in three parts almost makes additional DLC extensions in the style of Intermission necessary.

Before Final Fantasy 7 Rebirth was introduced, there was a feeling online that beloved characters such as Yuffie, Kate Sith, Sid and Vincent would join Cloud’s group again in the second part of the series. Now that Square Enix has announced that there will be another game in the future, there are fewer guarantees that this will happen.

Abandoned Reappears: Prologue Will Be Offered In Q1 2022