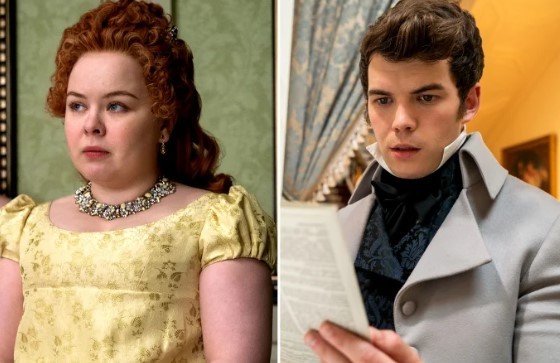 Let’s turn up the heat! In the third season of Bridgerton, Luke Newton and Nicola Coughlan are officially appointed hosts in the next chapter — the love story of Colin Bridgerton and Penelope Featherington develops in an interesting turn of events.

“Like Lady Whistledown, I’ve been keeping a secret for quite some time, and I can confirm to all of you that Season 3 is the love story of Colin and Penelope,” Coughlan, 35, said at the Netflix “For Your Consideration” event on Sunday, May 15. , in Los Angeles. “I’ve been keeping this secret since two weeks after the start of the second season. This is the first time I’m talking about it here.”

Fans have previously wondered if Colin and Penelope will be next after executive producer Shonda Rhimes hinted at a rearrangement in the narrative. “There are 8 Bridgerton siblings, so there are eight books. We definitely plan to follow each of their romantic stories,” the 52—year-old writer shared in an interview with Entertainment Tonight. “We don’t necessarily go in order. But we will see each of the brothers and sisters and their story.”

Based on the books written by Julia Quinn, the second season explores Anthony Bridgerton’s (Jonathan Bailey) slow-burning romance with Kate Sharma (Simone Ashley). The couple ended the second season with a happy marriage, but not every character ended on a high note.

During the finale, which premiered in March, Penelope’s best friend Eloise Bridgerton (Claudia Jesse) discovered that she was actually Lady Whistledown. During the breakup with Eloise, Penelope also heard Colin telling his friends that he had no romantic interest in her.

At the time, 29-year-old Newton spoke about the time it may take for Colin and Penelope’s relationship to grow into something more. “We’re trying to cover all types of relationships,” he told Shondaland the same month. “And there are some relationships that are difficult at first, and they are so tense. And there are those where people become best friends, and over the years they become lovers.”

For a native of the UK, the best part of Colin and Penelope’s love story is the foundation they build before their romance.

“There are so many other featured characters and love stories that we’ve seen over the last two seasons that have developed quite quickly, or that had an instant spark, an instant connection. We, the audience, immediately see it,” he continued. “But what I like about Colin and Penelope is the longevity of the relationship and how long it took to get to the state they are in now, which doesn’t even count as a relationship. I really like playing this.”

Meanwhile, Coughlan noted that her character will need to develop beyond her hobby before she will be happily ever after. “If they end up together, she should stop worshipping him so much,” the Derry Girls star told TV Insider in April. “She thinks he’s perfect. He can’t do anything wrong in her eyes. Therefore, she should start seeing him as a real person, and not this perfect boy.”

The Irish native added: “The playing field definitely needs to level out for the two of them to ever have a relationship. Well, let’s hope that it will be so.”

Charlotte Caniggia Shares Photo And A This Pose Can Cause Heart...

How sad! Ariana Grande shares her pain with her followers