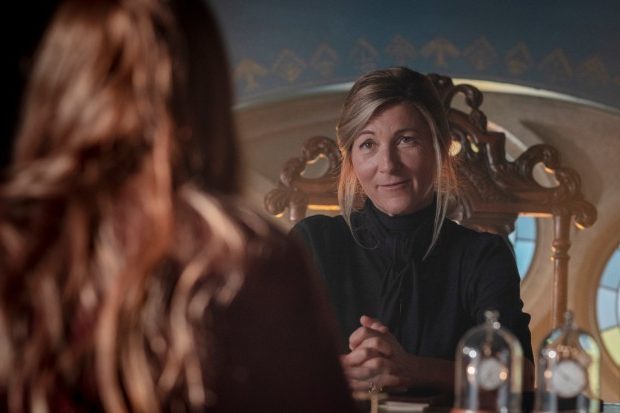 The first season of Fate: The Winx Saga quickly rose to first place in the streaming platform’s top 10. Fans were engrossed in Bloom’s story as she was eager to find out more about her real parents.

She had found out that she was a fairy baby exchanged with a human baby at birth, and Rosalind (Lesley Sharp) had saved her from Aster Dell but by the end of Fate: The Winx Saga, Bloom hadn’t come any closer to finding out who her parents were. .

While some fans have suggested that it could be Rosalind herself, other fans think that Farah Dowling is Bloom’s mother because there are a number of clues that point to the possible family connection, as it was Farah Dowling (Eve Best) who sought out. Bloom.

She was aware of Bloom’s special abilities and encouraged her to take a place in Alfea so she could train and hone her powers as well. Farah Dowling seemed to have a hard time showing much emotion when it came to Bloom in Fate: The Winx Saga.

At the end of the Fate: The Winx Saga series, when Bloom realized that she had misunderstood Dowling, she asked to hug the headmistress. Farah Dowling seemed taken aback by this act of affection, but she hugged him back with teary eyes.

This suggests various theories of Fate: The Winx Saga, such as that Rosalind could be a mental fairy that deleted or altered Dowling’s memories when he brought Bloom to Aster Dell, in this way there should be a similarity of power as with Stella and Queen Luna.

New Photos of Linda Martin’s Actress on the Movie Set