Home Entertainment The Texas Chainsaw Massacre: Creepy Trailer for the Sequel to the Horror... 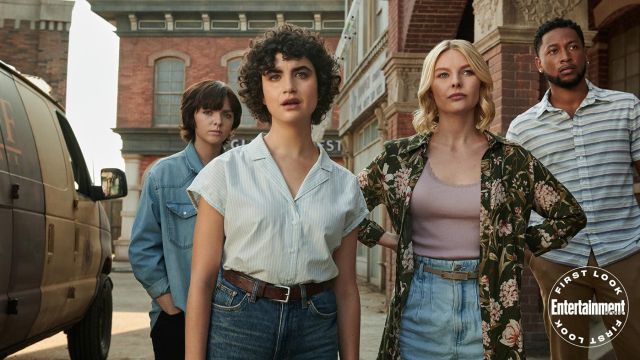 The Texas Chainsaw Massacre: Netflix shares the first preview of its new horror film production with the return of a classic of the genre; premiere on February 18, 2022. The classic horror movie The Texas Chainsaw Massacre returns to the present day with a direct sequel to the original film by Netflix. So much so, that the company itself has released a first trailer that you can see leading this news and that offers us a first look at what this new feature film has in store for us, which aims to recover the events of the original film and continue with its authentic story nightmare with a Leatherface that does not forget its origins.

This is Texas Chainsaw Massacre on Netflix

Thus, the franchise The Texas Chainsaw Massacre returns once again in the form of a direct sequel titled in the same way as the original, a true classic of the genre that premiered in 1974 by Tobe Hooper. This time around, the 1986 sequel is ignored to offer a fresh take on the events of the first The Texas Chainsaw Massacre. And it is that the action takes us several years after the story of the first film, with a Leatherface who tries to reform himself by acting in the most honest way possible. Although he will soon regain his murderous instincts with the arrival of a group of people to his town …

The project is based on the idea of ​​Fede Álvarez and Rodolfo Sayagues, authors of the No Respires franchise and producers of this new Leather Face adventure, with a script signed by Chris Thomas Devlin and a staging by David Blue Garcia.

The Texas Chainsaw Massacre is scheduled to premiere on Netflix on February 18, 2022.