Home Entertainment The Texas Chainsaw Massacre. Blood And Gore, But Little Else 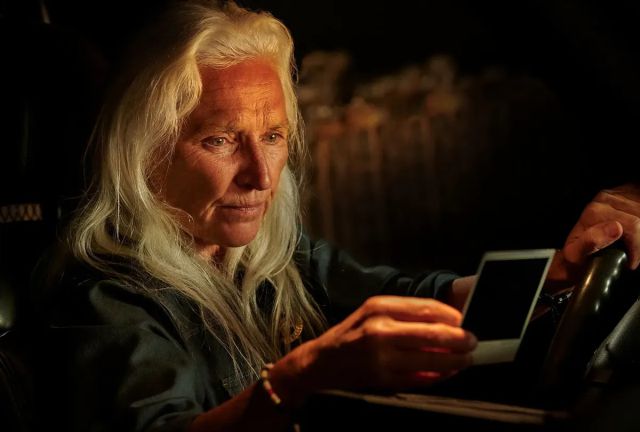 The Texas Chainsaw Massacre: The new film in the saga is a mediocre product that only delivers at specific times, when the murderer is in his element. If the ill-fated series of Scream and I Know What You Did Last Summer tried to bring their story closer to younger audiences, something similar happens with The Texas Chainsaw Massacre. The forgettable protagonists are a group of influencers who go to Harlow, an almost ghost town and far from civilization. The objective? Revitalize it and broadcast the process on Instagram. What they don’t know is that a terrible secret is hidden in this place, a murderer who has remained in the shadows for decades. That is the synopsis of the new movie produced by Netflix, a product with good ideas, but with a very poor execution.

The premise that the protagonists are stars of social networks works as a modernization resource, but it does not take long to fade when the only thing it reflects is the obvious superficiality of appearances. As soon as they set foot in this Texas town, the influencers open the doors of the old orphanage and come face to face with an old woman. They defend that she is her property and the woman collapses and dies of a heart attack. Her “child”, the only one left in the orphanage, is Leatherface. And now he has killer instincts again.

A nondescript slasher only saved by the bloodbath

The film directed by David Blue Garcia is based on a story conceived by Fede Álvarez and Rodo Sayagues. It is an alternate sequel to the classic 1974 film, opening up a new timeline. Elsie Fisher, Sarah Yarkin, Nell Hudson and Jacob Latimore play uninteresting clichéd characters. Nor does the great return of Sally Hardesty – now played by Olwen Fouéré – fit too well into the plot of the feature film, as flat and bland as it is insipid. She seems like she’s there simply because she has to be.

Although the story and the characters do not work, The Texas Chainsaw Massacre is more attractive in its slasher aspect. It’s not that it’s too original, even in how it tackles the murders, but those looking for blood, gore, and shocking imagery can enjoy the fun and varied stand-alone sequences. Leatherface uses every tool, even his mythical chainsaw, to torment these media stars. In this sense, he particularly highlights the bus scene, inside which the young people turn up the volume of the music. Then the party of alcohol, crimson bath and gore begins. The best of the movie.

Everything else matters between little and nothing, because neither the fate of the characters nor the conflicts it raises have the slightest interest. 84 minutes that are long, the best summary of an absolutely unnecessary sequel as it has been done.

PlatinumGames (Bayonetta): “The Responsibility Of Preserving Video Games Rests With The...