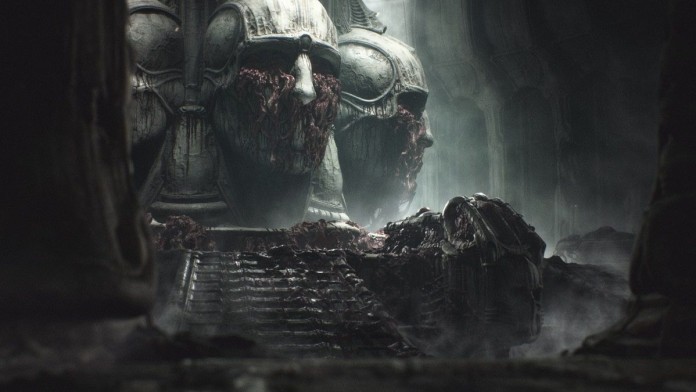 Scorn: The Xbox Series-exclusive space horror shooter on consoles will finally arrive in fall 2022, although it does not offer any new images or trailer. Being one of the first games announced exclusively for Xbox Series, the development of Scorn seems to be giving more headaches than initially planned, having been delayed until 2022, initially scheduled to appear this year. After weeks of silence, the small studio in charge of this horror game, Ebb Software, can now offer an approximate final release date, and it will be in October next year.

This has been announced from their Kickstarter page, where they have also released a new video that, far from showing any new trailer or glimpse of gameplay, is just a look “behind the scenes” at the fantastic art direction of the game .

“We are happy to share news about the game and its release date,” wrote Ljubomi Peklar, CEO of Ebb. “Scorn has been a work of true passion for the entire studio. The atmosphere, the journey and the experience, we want every Scorn moment to elicit an emotional response and feeling. We are hopeful that Scorn will stick with the players afterwards. come to an end. We look forward to more news and updates to share with our community as we get closer to its release. ”

Not much is known about Scorn yet, other than that it will be a first person shooter set in a labyrinthine world of space terror. In October 2020 it was the last time that we could see it in depth thanks to a gameplay of almost a quarter of an hour that they offered from Ebb Software.

As we said, Scorn will finally arrive on Xbox Series and PC in October 2022, and although it has not yet been officially confirmed, it is expected that it will be included in the Game Pass catalog from its first day on the market.

Brendan Fraser Didn’t Talk to Dwayne Johnson on The Set of...

Alexander-Arnold Talks About His Form in The England National Team: “Not...