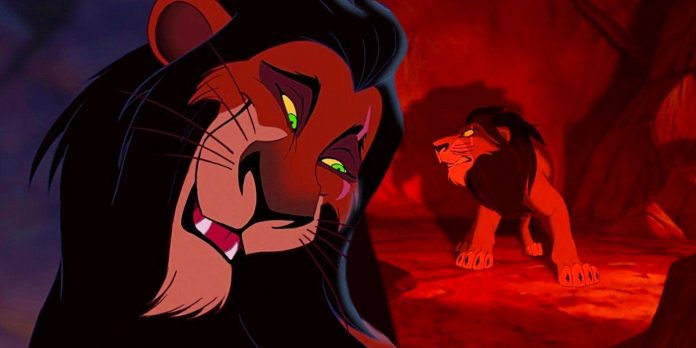 “The Lion King” is a classic Disney animated film beloved by many generations, but it has a secret alternate ending that was too terrible to get into the final version. The Lion King is one of Disney’s most successful animated films, with sequels, a Broadway show and an ambitious remake featuring a stellar cast. His story comes from an unlikely source, Shakespeare’s Hamlet, which makes him unique for adults, but at the same time interesting for children.

Because of the source material, “The Lion King” does touch on some particularly mature themes, such as death and grief. Most of the film shows Simba mourning his father Mufasa. He deliberately avoids returning home, as he cannot cope with his trauma, blaming himself for Mufasa’s terrible death due to the manipulations of his uncle Scar. Mufasa’s death, despite the fact that the film was released in the 1990s, still remains one of the most emotionally traumatic scenes in Disney films, but the alternative ending of “The Lion King” could have gone much further.

In the alternate version, the climactic scene at the end of The Lion King, where Simba defeats Scar, is different and more terrifying. The battle basically remains the same, except for Scar’s death. In their fight, flames surround the Pride Rock and spread rapidly, creating a fiery backdrop for the final battle. Scar throws Simba off the Pride Rock and considers him dead, not knowing that Simba is hanging from a branch on the rock. Despite this, the aptly named Scar then considers himself not only the winner, but also revels in the fact that he is now the King of the Pride Rock. However, the flame quickly spreads to where he stands and he is consumed by it. An alternate ending shows Scar burning alive, laughing as he is brought to a fiery death.

This alternate ending leaves little to the imagination regarding Scar’s death. In the final version of The Lion King, Scar’s death is ambiguous; he is shown falling into the pit of his disgruntled hyena henchman, and then the camera pulls away without finally showing his fate. However, an alternate scene shows Scar’s death in all its brutality. The special addition of his insane laughter also adds anxiety to his character and the scene as a whole. The first Lion King movie clearly showed Scar’s ruthless ambitions, and it was known how far he would go to become king, but his final moments in the alternate ending show how distraught he was. His laughter when he dies shows that he was hopelessly twisted, and he was focused on only one thing. Once he got what he wanted, nothing else mattered to him, not even his own death.

Traditionally, especially in Disney movies, villains get retribution. Gothel falls from a tower window, Eric kills Ursula, and Jafar gets trapped by a lamp, to name just a few. Scar’s insidious and insidious actions are especially evil, even for a Disney villain. However, with that said, Scar’s death in the alternative ending of “The Lion King” was too far away for Disney.

How the Next Fallout Game Can Solve the Bethesda Map Problem