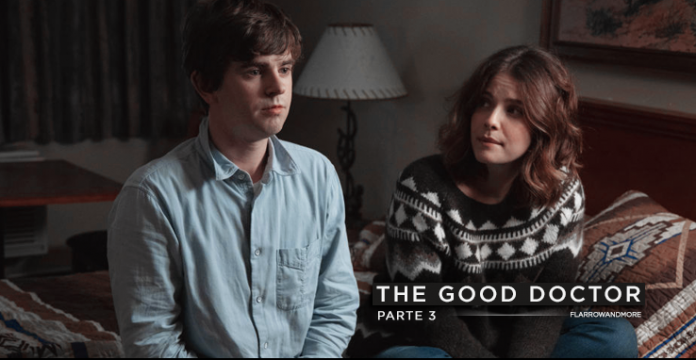 Season 4 of The Good Doctor is about to continue with its episode 6, so they have revealed a promotional video, where Shaun and Lea are seen taking a shower together.

In one of our previous notes on The Good Doctor, we told you about episode 6 of the series, which will be focused a bit on Dr. Audrey Lim. Reason why the episode is named after her.

The episode will talk about the traumas that Dr. Lim will have to face, after the COVID-19 pandemic, the same actress has spoken about it:

“The first part of this episode is that she feels like, ‘Look, I’m tired, I’m invaded, but everyone is. I have a lot on my plate, but everyone has it. Every hospital, chief of hospital and chief of surgery, everyone feels this. I’m not unique, I’m not special, I hold it together. ‘ And then she slowly starts to … well, she just can’t do that, “revealed Christina Chang.

But, the recent promo video for The Good Doctor season 4 episode 6 we saw was a shocking scene where Shaun and Lea take a shower together. Check out the video here.

Shaun’s shocked face as he watches Lea take off her clothes has left all the fans of the couple speechless. Especially after seeing Shaun’s happy face in later scenes.

The return of the fourth season of The Good Doctor will be full of surprises, after a small but long wait. Episode 6 will air on January 11.

See Also
The funny scene of Shaun and the new residents

Emily Ratajkowski : She poses in a excellent body!