Home Entertainment The tantalizing story of Deadpool 3 is the perfect way to attract... 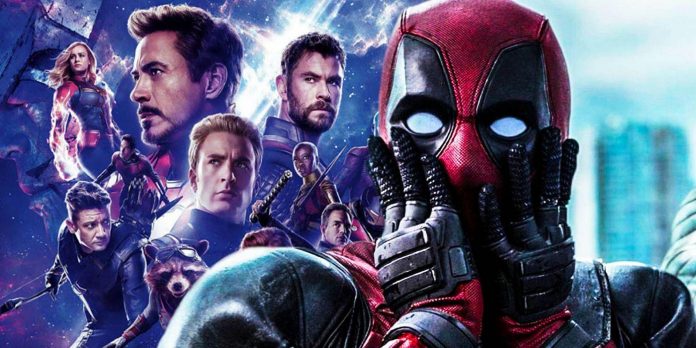 The teaser of the writers of “Deadpool 3″ about the plot of the film hints that this will be the perfect introduction of the character to the MCU. After mistreating the character in “X-Men: The Beginning: Wolverine” in 2016, Ryan Reynolds presented one of the most accurate adaptations of the character that can only be imagined in “Deadpool”. This was followed in 2018 by Deadpool 2, although since the rights to the character were owned by Fox at the time, the two films were separated from the wider Marvel continuity.

Now that the rights to many characters have returned to Marvel, Deadpool is about to make his MCU debut in Deadpool 3. Exactly how Deadpool will work in the MCU is still unknown, but the prospects are exciting. In the comics, this character regularly collaborates with many other heroes, and his antics that destroy the fourth wall are enough to bring levity to the stories of even the most serious characters.

“Deadpool 3” screenwriters Paul Wernick and Rhett Reese teased details of the story that prove the film will perfectly introduce Deadpool to the MCU. Wernick and Reese described “Deadpool 3” as a “fish out of water” story, explaining that it would “throw a madman into a very reasonable world.” Not only does this perfectly match Deadpool’s role in Marvel comics, but it also provides a clear opportunity to double down on the elements that made “Deadpool” and “Deadpool 2” so successful.

How Deadpool Can Fit into the MCU

The plot details from the writers of “Deadpool 3” prove not only that the general tone of the previous films will remain unchanged, but also that “Deadpool 3” will not dive too deeply into a serious presentation. The description of the sequel as a “fish out of water” story seems to indicate that in the film, Deadpool will be somewhat confused or stunned by his sudden appearance in the MCU, and he will probably continue his path of breaking the fourth wall in order to solve the problem. This provides an important continuity between Deadpool, but at the same time keeps the essence of the character intact.

With many other characters, transferring a previously separate hero to the MCU can be difficult and confusing. This is already evidenced by the appearance of Kingpin in “Hawkeye”, in which many difficult questions regarding succession have arisen, which have yet to be answered. Having a more self-aware hero playing the role of a “fish out of water” in the MCU eliminates the need for such questions, as it seems that Deadpool himself will solve this confusion, thus dissipating the potential for problems, making them less serious business.

Ultimately, the teaser of what the Deadpool 3 story will entail is a great sign for the upcoming sequel. This shows not only that the film will finally introduce the character to the wider MCU franchise, but also that the writers understand the appeal of Deadpool as a character. By allowing him to perform a more self-aware role in the MCU, he not only adds a bit of levity to the franchise, but also helps Disney avoid the obvious mistake with “Deadpool 3” by getting him bogged down in messy continuity issues. The very nature of the character and the fact that he will apparently remain untouched will allow Deadpool 3 to simply mock any such questions, making the character’s introduction to the MCU another opportunity for Deadpool to have fun breaking the fourth wall.

Star Wars Battlefront 2 Will Fix A Bug That Makes It...

Netflix Games starts its service with these free titles