Home Entertainment The Survivor Takes Us Back To The Horror Of Auschwitz In HBO’s... 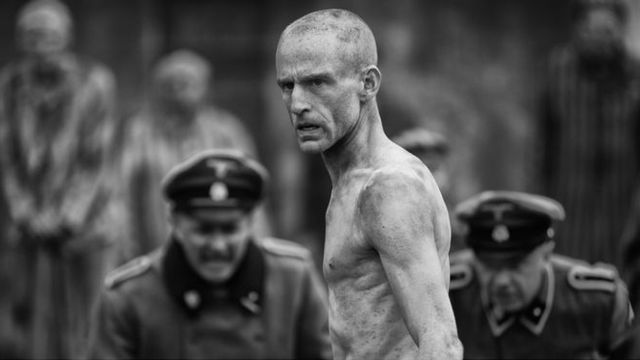 HBO: The platform announces the release date of this story based on real events that takes place in the Auschwitz concentration camp. HBO Max will premiere on April 27 a new film directed by Barry Levinston and starring Ben Foster. This is The Survivor, an original film from the platform that portrays the story of a Holocaust survivor. The feature film has just presented its first images, although at the moment they have not shared the official trailer.

Barry Levinson returns to HBO with this riveting story based on true events starring Harry Haft. Ben Foster plays the character, a Polish Jew who was sent to the Auschwitz concentration camp. During his stay he suffered all kinds of horrors and was forced to participate in boxing shows as if he were a Roman gladiator, all for the enjoyment of his captors. Despite the Nazis’ attempts to kill him, he will survive and search for the woman he loves.

Throughout the narrative, viewers will witness Haft’s transformation during his imprisonment in Auschwitz. Despite the terrible situation he is experiencing, he will continue to fight to avoid death, so present in that place.

Who participates in the film?

Levinston and Foster meet again after working together in Liberty Heights. In addition to Ben Foster, the film includes stars such as Vicky Krieps, Billy Magnussen, Peter Sarsgaard, Saro Emirze, Dar Zuzovsky, Danny DeVito and John Leguizamo. It is directly based on the book Harry Haft: Survivor of Auschwitz, Challenger of Rocky Marciano by Alan Haft, with a screenplay by Justine Juel Gillmer.

HBO Max’s own production includes two of the most anticipated series of the moment: The House of the Dragon is a spin-off of Game of Thrones that will be released sometime in 2022, while the television adaptation of the video game The Last of Us will be He will have to pray a little longer, until next year.

Star Wars Visions: When It Opens On Disney +, Trailer And...